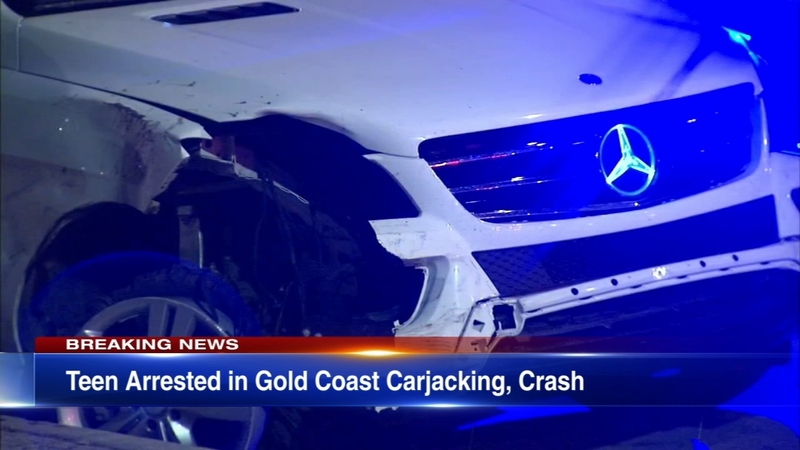 CHICAGO (WLS) -- A 17-year-old boy has been charged after police said he stole an SUV in the Gold Coast and crashed into several people.

The teen jumped into a Mercedes that the owner left running as he removed items from the trunk in the 100-block of East Huron Street at about 7:05 p.m. Tuesday.

The owner tried to stop him and was briefly dragged down the street, police said.

The driver went on to hit several parked cars, a pedestrian and a bicyclist, before police stopped him near Lake Shore Drive and Jackson Boulevard. Police said he was apprehended in the 300-block of South Lake Shore Drive.

All three people who were hurt are expected to be OK.