1 dead after carjacking, police chase leads to fatal shootout on I-65 in Indiana 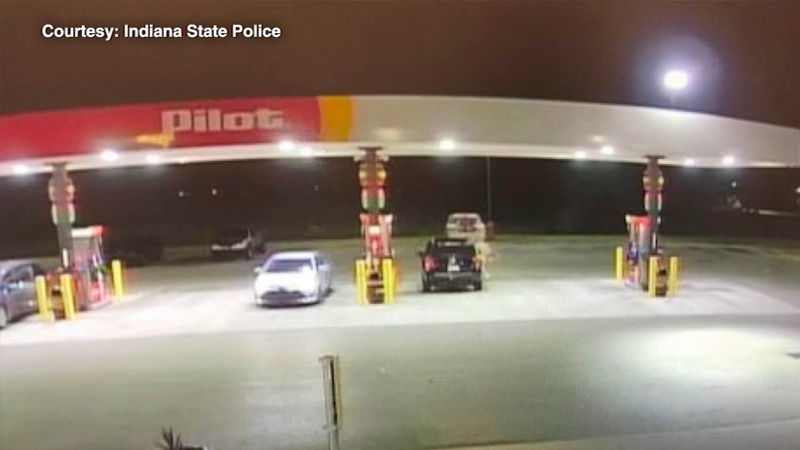 CROWN POINT, Ind. (WLS) -- A man is dead and an Indiana State Police trooper is injured after a shootout on Interstate 65 Friday night.

The Lake County Coroner's Office has identified 23-year-old Caine Van Pelt, of Chicago, as the suspect who was killed.

The incident started with a carjacking at a gas station in Remington in Jasper County, about 90 miles south of Chicago.

The victim told police that a man wearing a mask took his black Mitsubishi at gunpoint.

A DeMotte police officer located the stolen car going north on I-65, but lost sight of the vehicle. Two state troopers spotted the car on I-65 in Crown Point and attempted to make a traffic stop, when the suspect fled.

During the pursuit, the suspect's vehicle got a flat tire, forcing the driver to slow down. As the vehicle slowed, the driver exited the vehicle and immediately began to fire a weapon at troopers, striking one of them, police said.

The suspect, later identified as Van Pelt, was pronounced dead at the scene.

The trooper injured in the exchange of gunfire was transported to a hospital in Crown Point with non-life-threatening injuries.

Police are looking for a second man in connection to the carjacking. They said that man was seen on surveillance video in a Toyota Corolla, parked near the Mitsubishi at the gas station.

State police said the vehicle left at the same time as the stolen car.