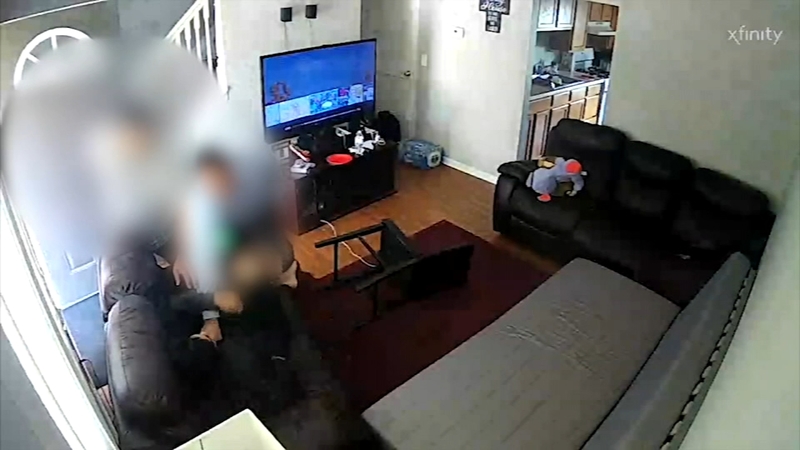 CARPENTERSVILLE, Ill. (WLS) -- A family in north suburban Carpentersville is suing police officers, claiming they raided their home without a search warrant while their teenage son was home alone.

In video of the raid, the 16-year-old boy, who wishes to remain anonymous, was knocked off his feet by the officer, who charges through the doorway. The teen ends up on a couch.

"I did get scared because I never expected something like this to happen to me," he said.

The encounter happened in June, the result of a search for a missing girl who is friends with the boy.

As the officer's partner searches upstairs, there's more grabbing and pushing. Twice the officer grabs the boy's neck, and then he throws him on the couch again. The missing girl is not at the home, but the officers handcuff and arrest the boy, whose mother is at work.

Video shows the officer had opened the unlocked door himself. The family is now suing, alleging police had no warrant and no probable case.

The officer is heard claiming the door has been open.

"Hello, your door's open," the officer says on a Snapchat video.

The family said police had already searched their home a day earlier. The boy's mother, who was at work, said she talked to an officer on the phone.

"I told him to wait for me," Violeta Hernandez said. "You're not to supposed to be in my house. They are minors. I'm not there."

The family said the missing girl was a runaway who did come to the house only to be put in an Uber by the teen. He said she showed police a record of the ride, but that didn't stop them from returning the next day.

"The Village of Carpentersville and its Police Department have just learned of the lawsuit, and, as such, we are not prepared to make a statement as to the specific allegations at this point. However, the Village takes all matters involving police interactions with the public seriously. What is known is that the police were responding to a report of a missing female minor during the alleged incident. A third party investigation was initiated to address the appropriateness or inappropriateness of the involved officers' actions. At this point, the investigation is ongoing.