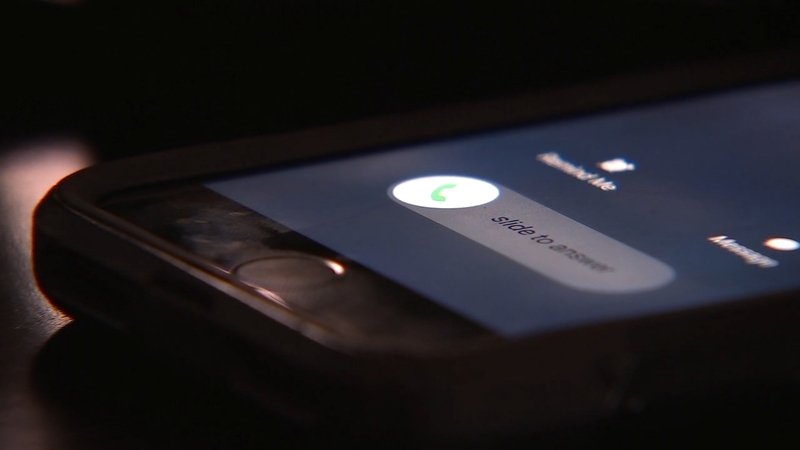 CHICAGO (WLS) -- You may soon get fewer robocalls to your cell phone, thanks to a new government mandate to phone companies. But experts say slow technology implementation mean there is still work to be done.

"They're incredibly annoying, having to worry about half of my calls or 75% of my calls being not real is very, very frustrating," said Chicagoan Warren Riley.

Those calls are just some of the nearly 4 billion that consumers got every month last year, according to government data. The data shows most of those robocalls were scams, costing consumers $10 billion a year.

"I get them at home and on my cell phone, yeah, those are the worst," she said.

The siege of robocalls should slow due to regulation from the FCC. The agency said it's requiring all phone providers to implement technology called STIR/SHAKEN which blocks "spoofed" numbers.

A spoofed number is faked, made to look like they are coming from local area codes or legitimate companies.

"We'd like to see more phone carriers fully comply. One thing that the rules right now allow is some smaller carriers have an extra year to implement this technology," said Abe Scar, director of consumer advocacy group Illinois PIRG.

While smaller carriers have more time, PIRG said the larger carriers have met a recent deadline and filed reports about adopting the FCC standards. But even some large providers may not yet be utilizing all the available tools. Experts said you should check with your cell phone provider to find out.

"Scammers are also using text as a way to try to scam us, and that's not impacted by this rule," Scarr said.

You can also silence unknown numbers, by going into your smartphone's settings, but your phone will still show the missed call and any voicemails. But be careful: that silencing feature could cause you to miss an important call from someone who isn't in your contacts.
"If you are applying for a job and you have to turn it off because random people are calling you and then you have a lot of them, so it would be nice if they could filter this is a fake number versus a real number," said Riley.

Another possible solution are anti-robocall apps, which can weed out faked and spoofed calls. This way you would still be able to see a call from a unknown number which may be legitimate.

HOW TO BLOCK AND FILE A COMPLAINT ABOUT ROBOCALLS AND ROBOTEXTS