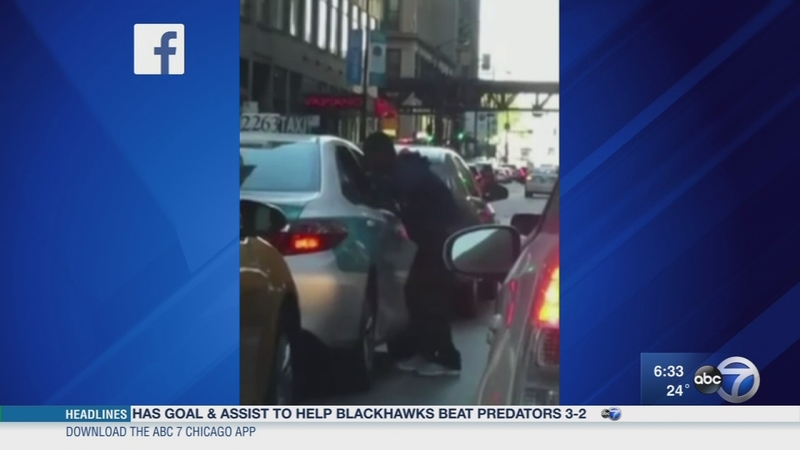 CHICAGO (WLS) -- Police warned drivers to stay alert in downtown Chicago after reports of people being robbed as they sit in traffic.

A motorist named T.J. shared exclusive dashcam video with ABC7 Eyewitness News to make sure other drivers saw what happened to him.

He was stopped at a light near North Michigan Avenue and East Wacker Drive earlier this week. Instead of crossing the street, a teen knocked on his driver's side window. That's when a second person opened the car door on his passenger side and quickly grabbed T.J.'s phone.