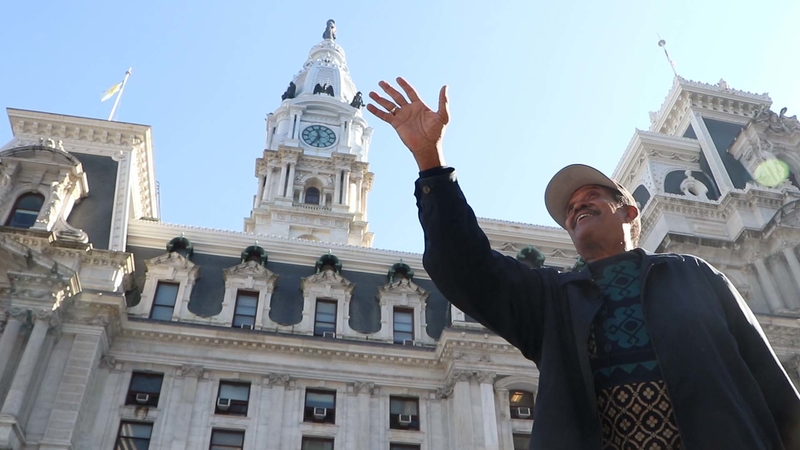 PHILADELPHIA -- "If I could turn back the hands of time, boy, I'd like to come back," said Moses Pierce. "That first week of being retired, well, I felt kind of lost because this is home."

Pierce, 73, was a part of the inaugural 1991 class of Community Service Representatives (CSR) created by Center City District. The goal was to create a welcoming atmosphere for locals and tourists alike while also acting as watchdogs against crime, vandalism, and other public interests. CSRs patrol the area, aid pedestrians with directions, and report information back to the police and water departments among others.

"After 30 years, I look at the three decades and see things that took place through what I call a renaissance of changing the flavor of Downtown Center City," said Pierce.

The West Philadelphia native had considered retiring some years ago. But he could not stop himself from waking up at 5:30am and taking the Blue Line into Center City. He also considered hanging up his iconic teal jacket in March of 2020, but the COVID-19 pandemic was a call of duty he felt needed to be answered.

"People are back. We held firm, we held strong with our beliefs and slowly but surely, people came back and that symbolizes the efforts of what the Center City District is all about," said Pierce. "We're not going to fold, we're not going to fall back, we're going to push forward."

He pushed forward until the month of October 2021, when he finally decided to retire.

"I miss it already. And through young folks, I see hope," he said."You will have left a legacy behind so they keep pushing, never giving up, always moving forward, and do unto others as you'd have them do unto you."

"Moses actually left his mark on center city and he's become part of the fabric of Philadelphia," said Karl Tyler, who worked alongside Pierce in the first class of CSRs in 1991.

Pierce, a Vietnam veteran, is also well-known for his sense of service to the community.

"He still has all that discipline from the military and is one of the best people to be in the trenches with," said John Felder, who is currently the CSR manager.

Although he will no longer be walking and talking on the clock, Pierce has no plans to become a stranger to the city.