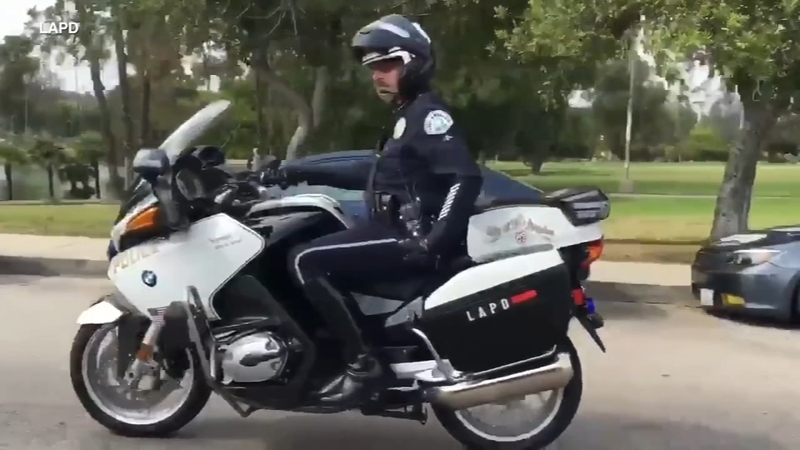 CHICAGO (WLS) -- Chicago Police Superintendent Eddie Johnson could announce his retirement before the end of the week, multiple sources have told ABC7 Eyewitness News and the I-Team.

The mayor said she wants to honor and respect Johnson before making any public announcements.

A permanent replacement would have to go through the police board vetting process.

Regardless of who gets the permanent job, the ABC7 I-Team was first to learn that Johnson's interim replacement will be Charlie Beck, recently retired as chief of the Los Angeles Police Department.

Sources familiar with the fluid situation have told the I-Team that Beck, 66, will be the Chicago police superintendent pro tem, the Latin term meaning "for the time being." He ran the LAPD for nine years, from 2009 to 2018.

In Tinseltown, Chief Beck managed to get his message out the Hollywood way, regularly riding a police motorcycle and pulling people over from time to time, cameras in tow.

And he put out slick, edited weekly reports on his activities as chief of the LAPD.

But there is obviously more to police work than the optics.
In a UCLA report a few years ago, Beck's priorities were clear: he believes in community policing; crime data analysis; technical proficiency from computers to drones; and something called "predictive policing," a controversial matrix of background and behavioral information fed into computers aimed at anticipating when and where crimes will occur and trying to prevent them.

Many of those already in place here in Chicago.

Although the I-Team has been told Beck will be in Chicago on Saturday, Mayor Lightfoot on Wednesday was confirming nothing.

"I don't know what you're talking about a meeting with Charlie Beck," Lightfoot said at a morning event. "I've seen a lot of speculation about different names, some of which are wildly off-base. But as I said we have a superintendent who is in place and when the time comes to make an announcement we'll make that announcement."

Beck is said to be disinterested in the permanent Chicago job that the mayor says she will fill by the book.

"The police board process is mandated by law. I'm not going to violate the law," Lightfoot said. "Having led the last search for a superintendent, I believe in respecting the law and the police department process."