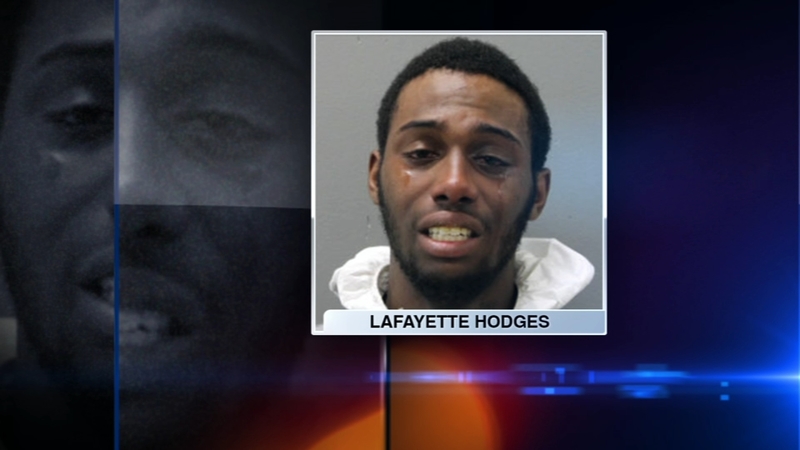 CHICAGO (WLS) -- The family of a murdered 19-year-old Michigan State Student is demanding justice after they say charges "do not fit the crime" for the man charged in the woman's shooting death.

Lafayette Hodges, 18, is charged with one count of involuntary manslaughter in the death of Lyniah Bell, prosecutors said. A judge ordered him held on $50,000 bail Monday, but ordered him held without bond for violating the terms of his earlier bond.

Bell was fatally shot inside an apartment in the 8100-block of South Maryland Avenue in Chatham Friday night. Bell's family said she was home for winter break.

Police said Hodges turned himself in Saturday morning, and initially said he and Bell were "play fighting" when the gun went off. But he later told detectives that he didn't know that the gun was loaded when he pointed the gun at Bell's head and pulled the trigger, prosecutors say.

Prosecutors say Hodges also told detectives that he pressed the gun to his own head and pulled the trigger moment before he fired at Bell.

"You intentionally shot my baby in the head, are you serious," said Bell's mother, Evelyn Hightower.

Bell's family said they're livid Hodges was not charged with murder.

"For us to go to court and for him to get a slap on the wrist, are you serious, that is ridiculous," said Bell's relative, Josehph Wright.

"We are outraged and not taking this laying down," said Bell's father, Dairus Bell.

In lieu of $50,000 bail, Hodges will be held without bond for violating his bond on unrelated charges for attacking two police officers.

"There is a lot of unanswered questions, this guy had time to go and make up all these things, and for the court to sit back it is disgraceful," Wright said.