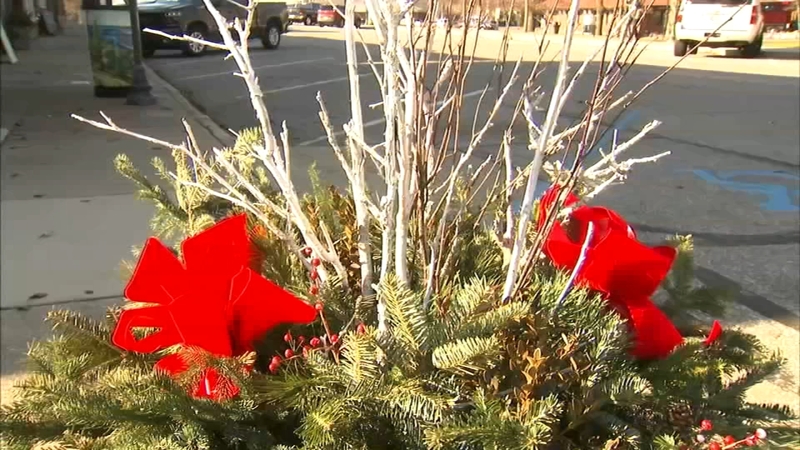 CHESTERTON, Ind. (WLS) -- A Grinch was caught on camera stealing Christmas decorations that were supposed to be part of Chesterton, Indiana's town display.

In a town where Christmas carols compete with trains to set the tone, disappointment has descended after someone helped themselves to the city's decorations as they were going up.

"A woman came over to where we had our staging area yeah and stole everything we had purchased," said Jennifer Gadzala, of the Chesterton Art and Beautification Team. In retrospect, she said that she felt they were being scoped out.

Whoever the Grinch is was caught on surveillance video walking along the sidewalk, coming up to a planter and taking the decorations, which have since been replaced. The hope is that with all this publicity, perhaps they will be shamed into returning what they took.

Ashley's Jewelry By Design is still reeling from a petty robbery last month. Their footage shows the perpetrator driving what looks like a Ford Escape.

"The merchants, the chamber, the town, everybody that lives in our community, they're just a little bit disappointed that that would happen in Chesterton," said Craig O'Brien, owner of Ashley's Jewelry By Design.

"We actually already had one put together and done and she actually ripped the stuff out of it, so I don't think there was any mistake," said Rebecca Parker, administrative assistant to the town manager.

"The women who are doing the decorations, they were just beside themselves," said Jill Wilson, of O'Gara & Wilson Booksellers. "They were just throwing up their hands and saying, 'I just can't believe this, it makes me not even want to do Christmas.' I said, 'Don't let the Grinch get you down.'"

Laura Layman of the Lions Club of Chesterton has this message for the thief: "Put the bag back. Just put it back, no questions, it's OK. You didn't spoil our Christmas spirit."