Air pollution in Chicago area impacts communities of color most 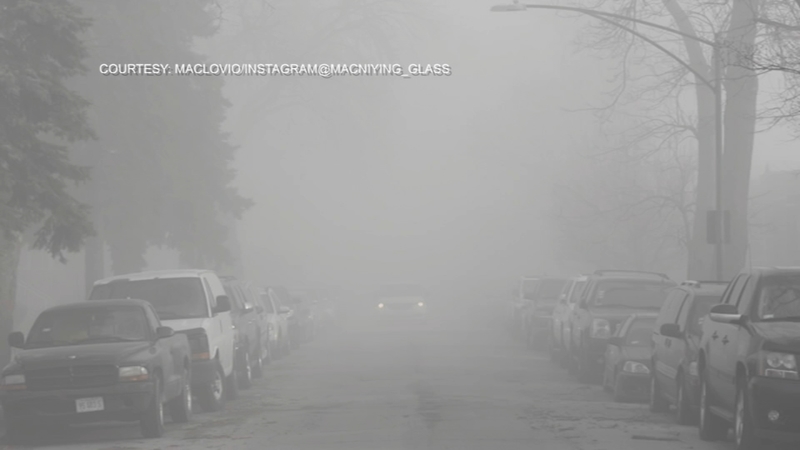 Communities of color most impacted by Chicago area air pollution

CHICAGO (WLS) -- Communities of color are more likely to be impacted by air pollution in the Chicago area than white people. That's according to a new ABC7 data team analysis featured in our Equity Report, a tool which helps measure inequities in our city.

Our data journalism team found that Latinx people are most at risk for respiratory illnesses caused by toxic pollutants.

"In Chicago most of the industrial areas are located in Black and brown communities," said Kimberly Wasserman, the executive director of the Little Village Environmental Justice Organization. "White privileged communities don't have the same industry that we have."

Wasserman said the South and West sides should not be a dumping ground for air polluters.

"We are sacrifice zones," she said. "Our communities apparently can be sacrificed for an economic good that does not benefit our neighborhood."

Our data team analyzed the latest EPA toxic air data. It showed 44% of Latinx people in Chicagoland live in areas deemed at highest risk for respiratory illnesses caused by toxic air pollutants, compared to 21% of white people and 25% of Black people.

Bautista is calling on the mayor to do more to fight environmental racism.

Our data analysis showed pollution most significantly impacts communities of all ethnicities close to major highways across the Chicago metro area.

Last year the Chicago Department of Public Health released the "Air Quality and Health Report" which found the areas of greatest concern are primarily located on the South and West Sides.

The inequitable impact of pollution has been a major issue in Chicago neighborhoods in recent years.

In May, city officials halted the permit review for a proposed southeast side metal recycler called Southside Recycling after community outcry. The company told ABC7 in part that their new facility "uniquely satisfies the EPA's directive for minimizing emissions at metal shredders."

And Little Village residents are still looking for answers after the botched smokestack demolition that coated parts of the neighborhood with dust last year. Hilco, the demolition company involved, reached a $370,000 settlement with the state without admitting environmental violations.

"We have now raised our fines so that if a bad actor violates our rules, if they pollute, if they put fugitive dust in the air, if they contaminate the surrounding community in any way, and they're found to be in violation of our rules, there are more stringent fines for that moving forward," said Angela Tovar, the Chief Sustainability Officer for the City of Chicago.

"We know it's going to require more to invest in our communities to make sure that we are creating a green job economy," Tovar said.

Tovar said she knows firsthand how pollution can impact quality of life, having grown up on the city's Southeast Side.

Those in the communities most impacted by pollution promise they're going to continue to put pressure on the city to improve air quality.