Woman, 53, carjacked while stopped at red light on State Street in Loop 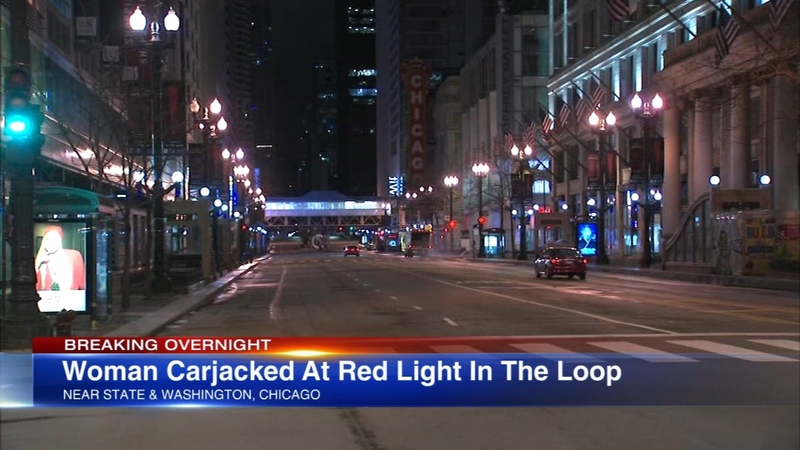 CHICAGO (WLS) -- A woman was carjacked while stopped at a red light on State Street in the Loop Friday morning, Chicago police said.

The 53-year-old woman was stopped in the 100-block of North State Street at about 1:03 a.m. when police said a suspect opened her car door. The suspect implied he had a weapon and forced the woman out of the car, police said.

The suspect then fled in the woman's gray 2008 Lexus SUV and is not in custody, police said.

The woman was not injured. Area Three detectives are investigating.

According to CPD data, carjackings are on a 4% rise in the city compared to this time last year.