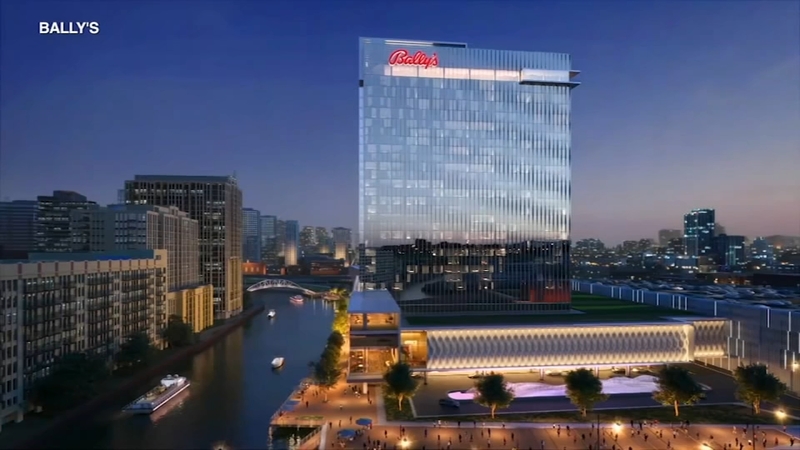 CHICAGO (WLS) -- If the former Tribune publishing plant in River West is to become the site of Chicago's first casino, the city council must sign off on it.

Mayor Lori Lightfoot is hoping for a committee vote before the end of May, but some aldermen are pumping the brakes. Especially since, they said, they just received an ordinance from the mayor's office this afternoon.


"The last time we were given less than two weeks to vet and approve a deal, it blew up in our faces and it was called the parking meter deal," said 42nd Ward Alderman Brendan Reilly.

The city was in the hot seat Monday, peppered with aldermanic questions at an all-day virtual meeting, only the second ever of the Special Committee on casinos.

Bally's won the bid with a deal that includes a $40 million upfront payment and a commitment to hiring 60% of minorities and 45% women.

"It's exciting for us, but we also understand how deep our responsibility it is," said Soo Kim, Bally's chairman of the board. "There's a lot of promises for us to keep and we intend to keep them."

The proposed casino is in Alderman Walter Burnett's ward. Originally, he opposed it, but now Burnett supports it.


"This is a great deal for the city, I think it would be irresponsible for us as a city council to allow for this cash cow not to happen in city at this happen," he said.

Burnett said the deal would help pay police and fire pensions rather than turn to residents for a property tax increase. Others are asking for a firm commitment to make sure the casino money will be specifically earmarked for pensions.

"We definitely have a lot of things we have to pay for then somebody could decide they want to do gas cards part two and we are spending more money than we should be spending," said Ald. Andre Vasquez.

Besides the speed of the process, there were more concerns from city council members about traffic, density and green space.