5 proposals submitted for casino-resort in Chicago, including for South Loop 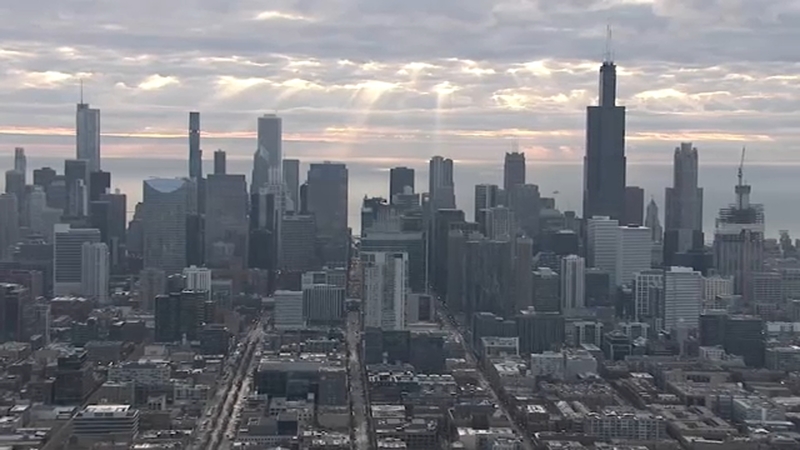 CHICAGO (WLS) -- The City of Chicago is one step closer to getting its own casino. Four different companies have proposed five different sites at various locations around the city, including one in the South Loop.

After having lived in the area for 26 years, Nathalynne Mcginnis certainly hopes not.

"This was supposed to be a community for families and socializing, and I think it's going to take away from that," she said.

The vacant 62-acre site near Roosevelt and Clark streets, known as "The 78," is one of the two locations proposed by Rush Street Gaming, which already owns Rivers Casino in suburban DesPlaines. The developer floated a second possible site near the McCormick Place lakeside center.

"So, I can't say I'm surprised that they are looking to put a big money maker there for tax revenue,' said South Loop resident Dean Hawdeshell.

There are other players in Chicago's casino game.

Bally Corporation wants to set up shop at the old Chicago Tribune Publishing Center at the corner of Chicago Avenue and Halsted Street, or at the McCormick Place truck marshaling yard, which is near the old Michael Reese Hospital near 31st Street and DuSable Lake Shore Drive.

Hard Rock International also submitted a bid for a un-disclosed single site, just months after their opening of a casino in Gary, Indiana and permission to break ground on another in Rockford, Illinois.

All the projects proposed were submitted by a Friday deadline, and are in or near downtown.

However, they could face some major hurdles. Mayor Lori Lightfoot remains optimistic about the odds of a new casino.

"The submission of bid responses represents a major step toward the thoughtful development of a casino- resort that uplifts our businesses, employs and empowers our residents and encourages tourism," the mayor said in a statement.

A casino in Chicago could mean a big boost for the city, which could use the revenue to help plug future budget shortfalls as pension and other municipal costs increase.

Still, some city dwellers, like Kim Tee, fear the increased traffic and crime he said a casino could bring to Chicago neighborhoods.

"We do not need it. We have enough crime here in the city," Tee said. "It's a bad idea. Tell them to go somewhere else far away from the city."

The proposed casino is part of a major gambling expansion that Gov. JB Pritzker signed in 2019.

As for what happens next, there will be a review committee made up of a cross section of city departments that will make a recommendation to the mayor. The mayor will then make her decision with the approval of city council, which would happen in the next few months.

Casino proposals in Rockford and Williamson County have received initial approval. There'll also be one in Danville.

State regulators also are looking at two finalists for a new casino license in the Chicago suburb of Waukegan.