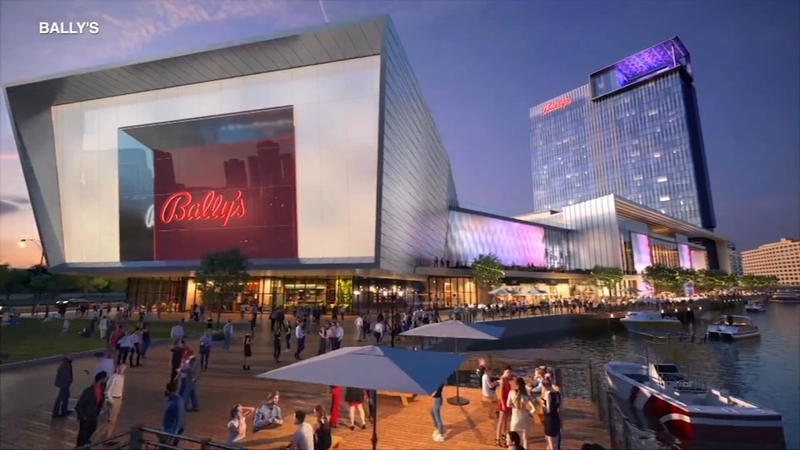 CHICAGO (WLS) -- On Monday, aldermen in the wards where Chicago's casino is proposed to go had sharp questions and concerns during a special committee meeting on the finalists.

Neighbors to the proposed sites are worried about what a casino could mean for their communities, but revenue from a casino is a crucial piece of the city's financial future.


The three proposals are sprinkled on the outskirts of downtown.

The members of the special city council casino committee made it clear they intend to play an active role in deciding the project's final location, something that has been in the works for 30 years.s

The three finalists are Bally's Tribune along the Chicago River near Chicago and Halsted, the Rivers 78 just southwest of Roosevelt and Clark, and the Hard Rock Chicago just across DuSable Lake Shore Drive from Soldier Field. All three faced opposition from those wards' aldermen.

The Bally's plan is in Alderman Walter Barnett's ward. He said that he's waiting to see what happens in the special meetings before he will talk more about his support or opposition.


But according to a River North resident's association survey, almost 80% strongly oppose the proposal.

The administration stressed the urgency for action saying every year a casino is not open the city loses 200 million dollars in direct revenues, much of it going to casinos in Indiana. The city counting on casino revenue to help pay for police and fire pensions

"So if this doesn't happen, if we were to either postpone this or don't do this, what type of burden would that be on the city and then what is our other alternatives to deal with the fiscal challenges that we have?" Burnett asked.

"The only really viable alternative source for the city of this magnitude would have to be property taxes," said Jennie Bennett, Municipal Securities Rulemaking Board and city CFO.

"Casinos have a different traffic profile than, say an office profile would, you know it's generally much more oriented around Friday and Saturday evenings, say around 8 to 11 p.m.," said Peter Lemon, transportation consultant.

There will likely also be a clearer sense of timeline Monday as to when one of the bids could be approved.