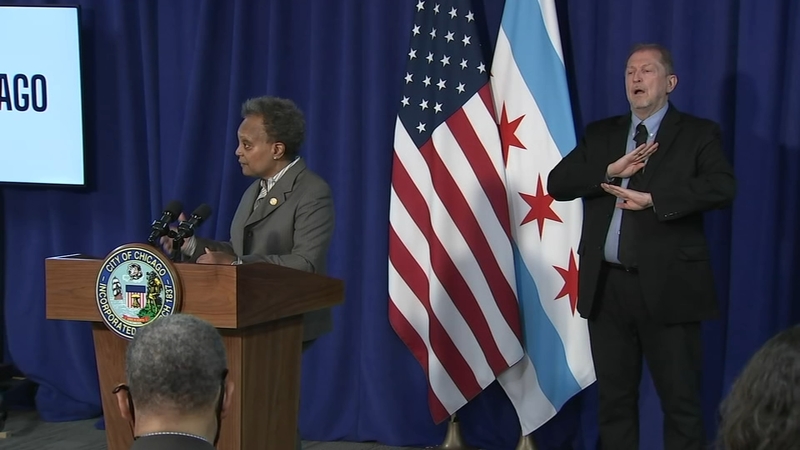 The proposed ordinance would let the city use civil lawsuits to seize property from street gangs. Lightfoot said she chose to delay the final vote to work on "further education" about the measure, which she said has been subject to misinformation, including during the council meeting itself.

Lightfoot denied that the vote on her victim's justice ordinance was delayed because there was not enough support to pass it. She said it was done to allow for more time to better educate people including city council members.

"I heard from a number of members that they didn't attend briefings and of course, they weren't sure exactly what was in the ordinance itself," she said.

Alderman Jason Ervin's 28th Ward includes parts of the West Side troubled by gang violence. He supports the mayor's plan to target gang members and their organizations.

"I think that it's part of the overall law enforcement strategy," Alderman Ervin said. "I think there must be a mechanism to go after the assets of individuals with ill-gotten gains and so this is nothing different than what the federal government has."

The ordinance would target gang leaders and seek to forfeit assets like cars, homes and businesses that could be tied to drug profits.

The mayor dismissed concerns that some of those targeted may not be able to hire attorneys to defend themselves.

"These are the folks that were the shot callers, literally. They're the people who profit the most, to the tune of millions of dollars every year. They're not going to be without resources to defend themselves if they choose to do that," Lightfoot said.

The chairman of the Public Safety Committee was not sure whether the votes are there, despite the fact the ordinance passed out of committee last week with significant support.

"But that can be completely different in council and I have not polled anyone to see what their opinions on it is or whether they would vote yes or no," said Ald. Chris Taliaferro, 29th Ward.

There are objections from the ACLU, the Cook County Public Defender and some council members from the Chicago Progressive Caucus.

Some critics say the measure will cost the city more in money and employee hours than it could gain in return. Others believe it would hurt police-community relations, distract from other crime prevention strategies and target innocent people.

"We've talked about people such as parents, grandparents and other family, innocent members of the community that could have their assets seized," said Cook County Public Defender Sharone Mitchell, Jr.

"It's going to cause harm in our communities, as well as costing the taxpayers just a lot of money from the in-house legal staff that are going to be diverted to this potentially not focusing on other pressing city matters, to the potential violations of civil rights that could bring us lawsuits," said 49th Ward Alderwoman Maria Hadden.

The mayor who expects the ordinance will eventually pass, said she anticipates the city will file multiple civil lawsuits a year against gang leaders but that won't be how she'll determine if it's successful or not.

"So for me, success looks like not just the number of cases that we file. It's restoring a sense of normalcy to these communities that are suffering mightily right now," Lightfoot said.