Less than half the guns used in Illinois crime come from Illinois, data analysis shows 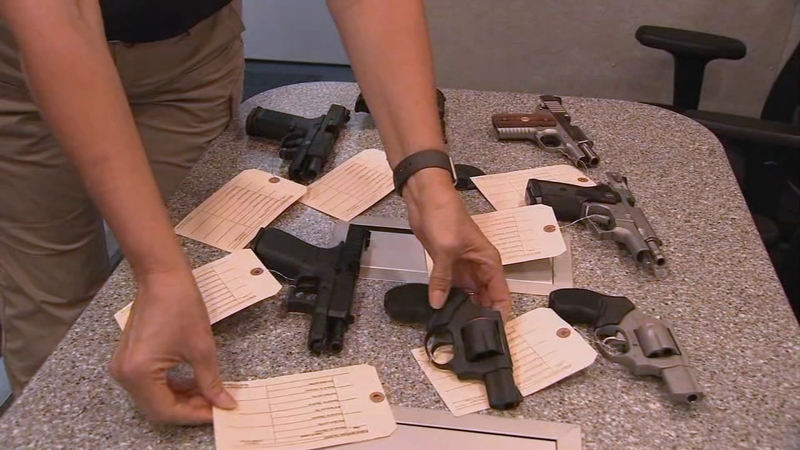 CHICAGO (WLS) -- Every day and night in metro Chicago there is a behind-the-scenes gun battle underway between law enforcement and criminals to trace the flow of illegal guns, track and arrest people who use them, and ultimately interrupt one supply chain that authorities wish would slow down.

New data analyzed by the ABC I-Team answers a question about where all of the guns coming into Chicago are from. Less than half of all guns used in crimes in Illinois came from Illinois.

The numbers prove the need for authorities to cast a wide net while trying to stop the shootings and murders, especially in Chicago.

The specialized computer network helps compare guns and casings found at crime scenes to see if they've turned up in other crimes and who might have been responsible. Hoffman said it illustrates the growing partnerships between ATF and law enforcement agencies.

"Basically in layman's terms, it's the shell casings DNA compared to another shell casings to see if there's a similarity or comparison between one crime scene and another. So if you use a firearm in one scene in another city, compared to a scene in South Bend or Aurora, it will compare and show that the same firearm was used on those two crime scenes," said Hoffman.

"This is how we're actually catching some of the suspects who have gotten away, who were not caught, and the only thing they leave behind is the evidence of their fire shell casings," she said. "And so we are and the more and more departments that connect and put this in-- the more and more chances there are that we're going to catch these people and find them."

The Aurora Police Department houses the ballistic equipment that's available for use by law enforcement agencies from most of Chicago's collar counties, including DuPage, Kane, Kendall, Grundy, Lake, LaSalle and Will.

Alvin Soto is the NIBIN site coordinator in Aurora. It's his job to study what is basically the fingerprint left on the spent shell casings and flag what appears to be a match.

As effective as these tools are in tracking down shooters, connecting crimes and cracking unsolved killings, prosecutors and investigators admit they are still responses to violence.