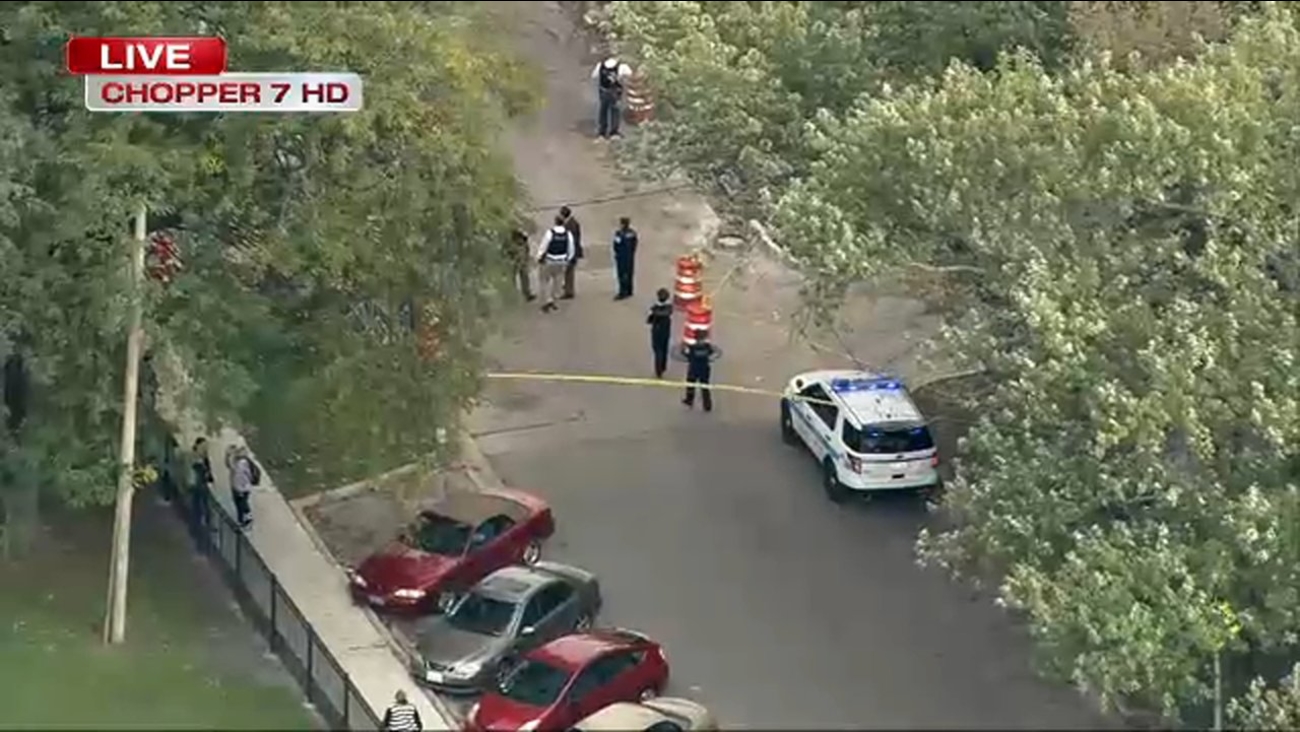 The incident happened about 4 p.m. when the officer tried to pull over a silver Jeep headed west on Argyle Street near Whipple Street, police said.

As the officer was getting out of his squad car, the Jeep struck the police vehicle and the officer fired shots at the Jeep, police said. The Jeep drove off after ramming the squad car and was later located on the opposite side of River Park in the 4900 block of North Francisco. No one was inside the Jeep when it was located and investigators were still searching for the driver Thursday evening.

Chicago police spokesperson Anthony Gugliemi says shots were fired during the incident, but no one was hit by the gunfire.
The officer was transported to a local hospital in stable condition.

Police say the suspect ran from the scene. They are investigating.