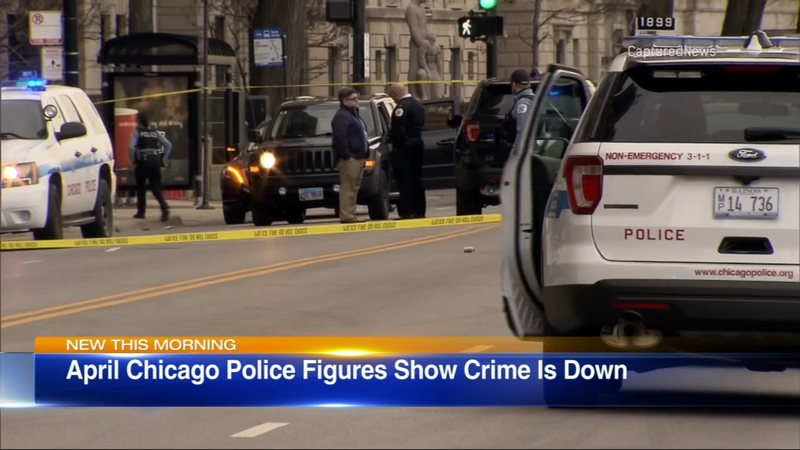 CPD officials said things are headed in the right direction when it comes to gun violence, but there is much work left to do.

The murder rate is down compared to last year's April numbers. Shootings are also down.

The CPD said the month of April was the 14th consecutive month of gun violence reductions in Chicago.

Police attributed the decline to the continued expansion of CPD's data-driven crime strategy, the growth of the CPD by nearly 1,000 officers and the strengthening of the department's community policing program.

But the city has seen a rash of carjackings recently, some of them violent. The CPD said it's working to stop those with five new patrol cars, equipped to quickly identify stolen vehicles and apprehend offenders.

CPD Superintendent Eddie Johnson said he has more goals he wants to achieve. He plans to build on all of the strategies in place. He joined ABC7 Eyewitness News This Morning to talk about the new numbers.