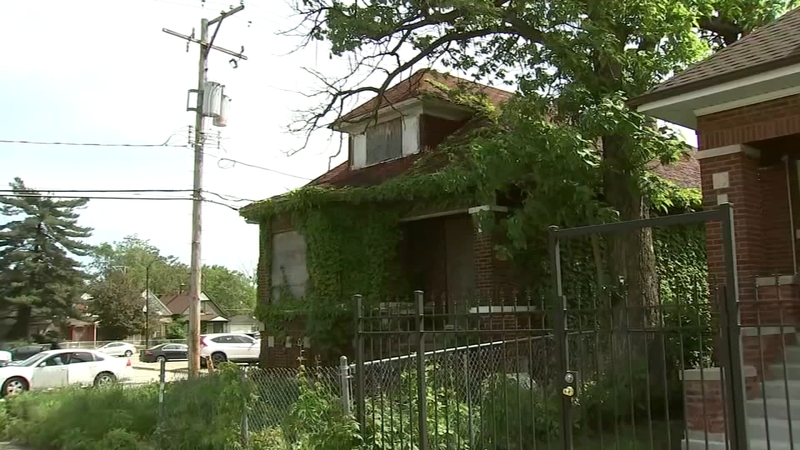 CHICAGO (WLS) -- A woman was found in an abandoned home on the South Side after a passerby said he heard the woman screaming for help.

Chicago police officers were called to an abandoned home at 119th Street and Eggleston Saturday and said they found a 36-year-old woman inside.

A neighbor said he was passing by when he heard the woman calling for help.

"She was screaming, 'Help,' and I was like, 'Who is in there with you?' and I was asking her different questions," Antione Dobine, neighbor, said. "At that time, that is when I made the 911 call. The police said her legs were chained and her hands were handcuffed."

The man went on Facebook Live after the incident Saturday, sharing his story.

In the video, an officer mentions the woman was chained in the basement.

Chicago Police Superintendent David Brown said at a morning news conference on weekend violence that the incident is now a priority for the department.

"We are bringing all of our resources to bear in bringing this offender to justice," Brown said.

Police are looking for possible surveillance video from a nearby gym. Neighbors said they've seen the woman in the neighborhood before. Police said she is 36 years old and homeless.

"We are working with the victim to try and get a better description of the defendant, and do our best to, obviously, apprehend him," said Chief of Detectives Brendan Deenihan.

The victim was taken to a local hospital in good condition, police said.

Neighbors often talk about abandoned properties and the potential for similar incidents. One neighbor who said she knows the victim also said the house in which she was allegedly imprisoned has been empty for 25 years.

"I feed her and when I see her I give her food and water and stuff, talk to her," Patricia Parnell said. "She is a sweet young lady, she is just down on her bad luck right now."