The operator was cited and the drone was confiscated, Chicago Police source says
WLS
By Mark Rivera and ABC7 Chicago Digital Team 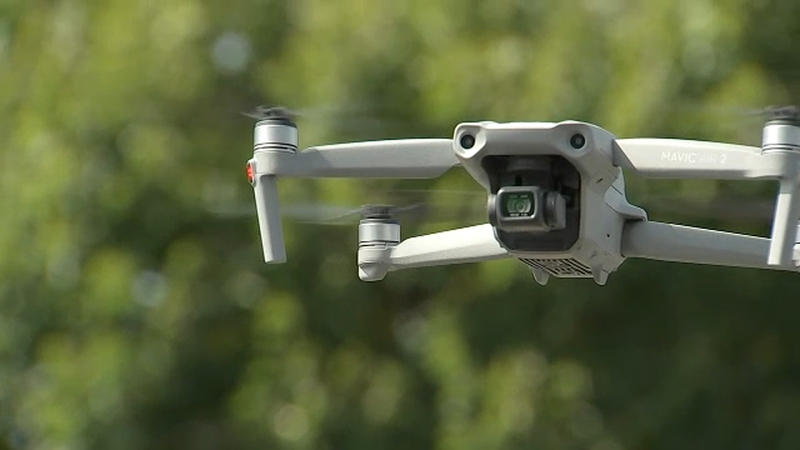 CHICAGO (WLS) -- You might be used to the occasional rain delay during America's favorite pastime, but in 2020, it seems like even baseball is getting complicated.

Wednesday marked the first-ever drone delay at a baseball game in Chicago.

A drone flying over Wrigley Field temporarily halted play during the Cubs game against the Cleveland Indians.

The Federal Aviation Administration said it is looking into the report of the drone after it flew over the field, briefly landing before taking off again during the fifth inning, causing a seven-minute delay.

RELATED: MLB Power Rankings: The biggest 2020 surprise on all 30 teams

"Just because there are no fans in the stadium, the rules still apply and you're not allowed to fly a drone over the stadium during a game," said drone operator and owner of Soaring Badger Productions, Colin Hinkle.

Hinkle said the rules are clear. He showed us that the "no-fly zones" around the Chicago airports and Guaranteed Rate Field for the White Sox game Thursday were visible on the digital drone flying map used with the flying device.

The FAA says that unless authorized, there's no flying of any kind over a stadium an hour before and after a game in a three-mile radius, or below 3,000 feet.

Hinkle says the problem is, "The FAA isn't patrolling the streets looking for people flying drones."

But the no-fly zone couldn't be more obvious with a sign right outside of the stadium that specifically states unmanned aerial vehicles are not welcome.

If you're using a drone for fun in Chicago, a good rule of thumb to remember is that the city doesn't want you flying over people without their consent or over private property.

"The problem is that again if you can go buy something like this at (a store) down the street, more than likely (the) employees aren't going to tell you that," Hinkle said.

Still, the person who flew the drone onto Wrigley Field is facing consequences. According to a person close to the investigation, Chicago Police have cited the operator and confiscated the drone.

"The reality is that the FAA already has enough on their plate I'm sure the last thing they want to do is deal with drones flying over ballparks," Hinkle said.

The FAA is still investigating. That drone pilot could face additional citations or lose their license to fly.

Meanwhile, players will hopefully only look to the skies now for pop-ups and fly balls.