I-57 shooting: Woman shot on exit ramp at 111th Street in Morgan Park 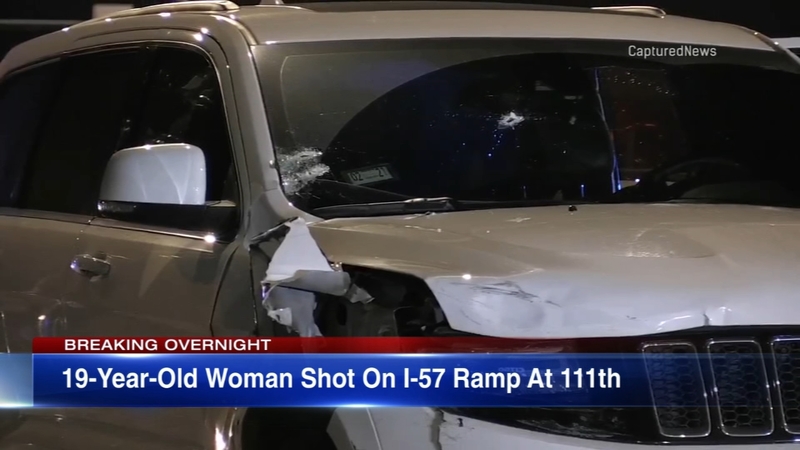 I-57 shooting: Woman shot on exit ramp at 111th Street in Morgan Park

A 19-year-old woman was transported to Advocate Christ Hospital with non-life-threatening injuries after being shot in the leg and hand, police said.

The driver of the vehicle the woman had been in had fled the scene, police said.

Police found shell casings on the ramp, and the victim's car was seen with several bullet holes.

Preliminary investigation shows shots were fired from an unknown vehicle, also traveling in the area of I-57 and 111th Street. The vehicle that was shot then hit another vehicle, police said.

The driver of the vehicle that was hit was transported to an area hospital with minor injuries.

The I-57 exit ramp at 111th was closed as police investigated the shooting but was reopened about 4:15 a.m.