CPD Superintendent Brown calls for revamp of home monitoring system; 'we need to do more than just cry'
WLS
By Michelle Gallardo, Cate Cauguiran and Jesse Kirsch
CHICAGO (WLS) -- As of Sunday evening, 67 people were shot, 10 fatally, across Chicago during Father's Day weekend.

Four minors, including a 3-year-old boy, were among the victims who were killed, police said.

Sunday afternoon, police officials held a press conference where they urged the public to come forward with any information about the weekend's violence.

Police released photos Sunday afternoon of one suspect, who police believe is armed with a handgun. 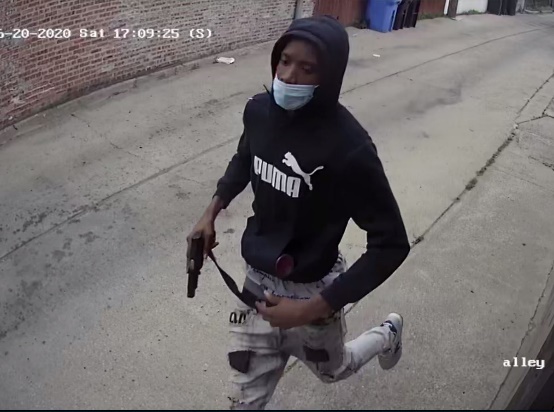 Jasean Francis, 17, and the 16-year-old were in an alley about 5:10 p.m. in the 7900-block of South Luella Avenue when the male suspect approached them and fired shots, authorities said. They were coming home from the neighborhood store.

"These kids are not criminals, they are not gang members, they get gunned down for no reason at all," Chief of Detectives Brendan Deenihan said.

The suspect fled south in the alley near 7925 S. Luella Ave. shortly after 5 p.m. Saturday.

The suspect was seen wearing one shoe on his left foot, and a black sock on his injured right foot, police said. He has a heavy limp.

Police have urged anyone with information about the incident to call Area South Detectives at (312) 747-8271. 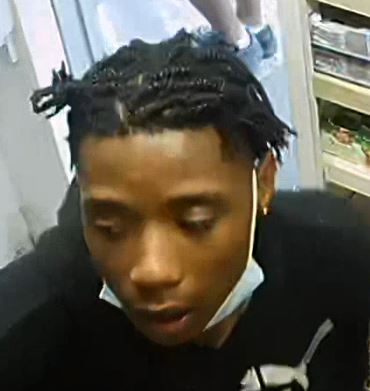 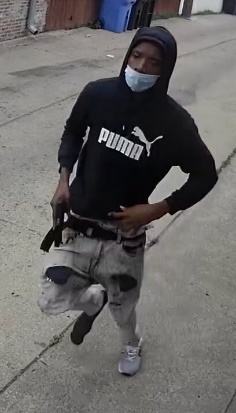 A teenage girl and a 3-year-old are also among the dead.

A 27-year-old man was driving his 3-year-old son, Mekhi James, in the 600-block of North Central Avenue when a blue Honda pulled up and fired into their car just before 6:30 Saturday night, according to police.
EMBED More News Videos

Police said the man was only grazed, but the 3-year-old was hit in the back and later died.

The father drove the boy to West Suburban Medical Center in Oak Park, police said, but the boy was pronounced dead shortly after arriving. The father was also treated for a graze wound to the abdomen.

Chicago faith leaders are offering a reward nearing $10,000 in the case.

"We want to say to the shooter and to those around him, 'you will have no safe harbor in this neighborhood,'" Rev. Marshall Hatch said.

"We need to do more than just cry; let's keep violent offenders in jail longer. Let's revamp the home monitoring system; it's not working," Brown said.

James had just gotten a haircut Saturday morning, hours before being shot.

He said anyone with information regarding the recent gun violence across the city should come forward. Tips can be submitted anonymously at cpdtip.com.

"Our city's collective heart breaks... There are simply no words to describe such a heinous, unconscionable act of cowardice to shoot at a toddler," Chicago Mayor Lori Lightfoot tweeted after hearing of James' death.

About two hours later, a 13-year-old girl was fatally shot in the 1000-block of North LeClaire Avenue in the Austin neighborhood.

Police say 2 teenage boys were sitting on a porch when one noticed a laser pointed at him.

Gunshots followed. The boys were both hit, but taken to the hospital in good condition.

According to investigators, the 13-year-old girl, Amaria Jones, was inside the home watching TV when a bullet struck her in the right side of the neck. She was taken to the hospital but later died. She was going into the seventh grade at John Hay Elementary Community Academy. Her family said she loved to dance.

The two teenage boys were killed just over an hour before that in South Chicago.
EMBED More News Videos

The men were arguing with a group about 12:04 a.m. in the 2600-block of West Potomac Avenue when they were shot, authorities said. Alexis Perez, 41, was shot multiple times and was pronounced dead on the scene. Two other men, 23 and 21, both went to Stroger Hospital in good condition. The older man was shot in the knee and hip while the younger man was shot in both legs. A fourth man, 34, was shot in his legs and arms. He was treated and released from Mount Sinai Hospital.

Johnny Teajue, 33, was shot in the neck and taken to Stroger Hospital, where he was pronounced dead, according to police and the medical examiner's office. He lived in Washington Park.

In nonfatal shootings, a teenage boy was shot early Sunday in Humboldt Park on the West Side.

She was inside at 12:49 a.m. in the 1000 block of North Lawndale Avenue when bullets came through her window, according to police. The woman was hit in the arm and taken to Norwegian American Hospital in fair condition. She did not appear to be the shooter's intended target.

She was with a group of people about 6:30 p.m. in the 7400-block of South Phillips Avenue when a light-colored SUV pulled up and someone inside opened fire, police said. She was shot in the arm, and her condition was stabilized at the University of Chicago Medical Center.

At least 37 other people have been hurt in shootings in Chicago since 5 p.m. Friday.