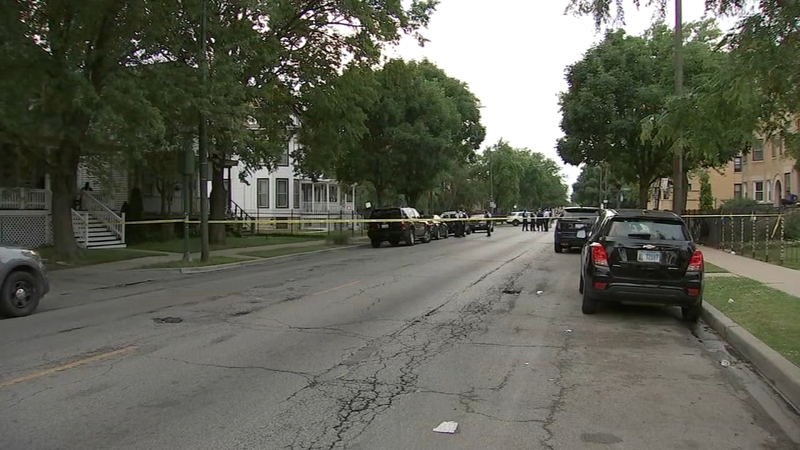 CHICAGO (WLS) -- A 3-year-old was fatally shot Saturday in Austin on the West Side.

The boy was with his father, 27, who was driving south in the 600-block of North Central Avenue at around 6:30 p.m. when shots were fired from a blue Honda, police said.

The child was struck in the back, and his father suffered a graze wound to the abdomen, Chicago police said.
The boy was taken by the man to West Suburban Medical Center in Oak Park, and was pronounced dead Saturday evening, police said.

Police said they believe that the boy's father was the intended target of the shooting.

"This is a proud community of Austin. We're going to be asking this community to step up with any type of information, anything that they saw," Chief Fred Waller said during a press briefing Saturday night.

Mayor Lori Lightfoot also urged anyone with information about the shooting to contact detectives, and called the news "unfathomable," in series of tweets Saturday evening.

A 3-year-old boy who had his whole life ahead of him.

To the despicable individuals responsible for this senseless act of violence, you have no place in this city, no home in our communities, no shelter to hide.

I ask that anyone with information on this incident please come forward or submit a tip anonymously at https://t.co/Tt6O9g49ZD.

Two teenage boys,16 and 15-years-old, were sitting on a porch when one boy saw a red laser pointed at hime and then heard multiple gun shots, police said.

A 13-year-old girl, who was inside the house, was shot in the neck. She was taken to Stoger Hospital in critical condition, police said.