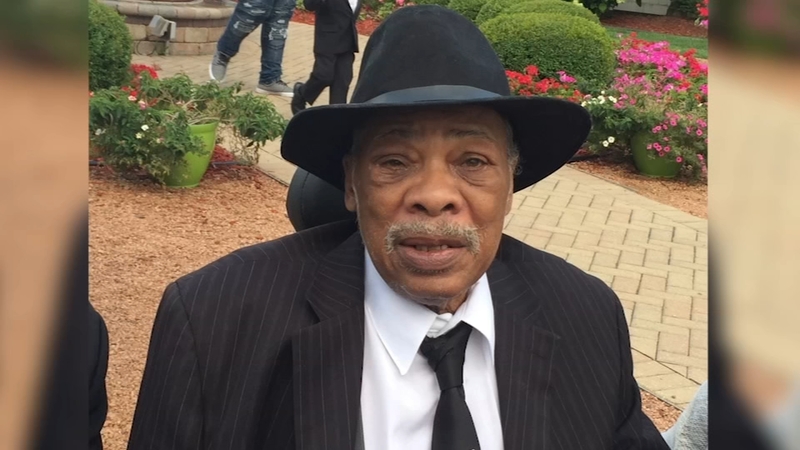 CHICAGO (WLS) -- A 77-year-old man was found dead in a house fire in Chicago's Wrightwood neighborhood on the Southwest Side Tuesday morning, authorities said.

The fire occurred in a one-story ranch house at about 2:55 a.m. in the 3000-block of West 85th Street. At one point, the exterior of the home caved in from the flames.

The victim was found after a secondary search of the home, Chicago Fire Department officials said. No other injuries were reported.

Family identified the victim as John Stanley Johnson. The man's wife, Brenda Johnson, said he was a very loving man whom she had been with for decades. She works the overnight shift so that she could take care of him during the day.

"It's unbearable," she said. "I have just been with him for so long I just don't know how I am going to live without him. It's just so much. I just can't take it all in right now."

Brenda Johnson was at work at the time and found out about the fire from an alert from a Ring camera.

"I was at work, and my Ring camera was telling me there was motion at my door, I called a police and asked them to the well-being check for me," she said. "I saw the fire department taking the doors off my house."

Johnson was going to turn 78 in March and leaves behind a large and loving family.

Johnson was a loving church-going man, with a large family.

"Caring, to the kids, grandkids, we loved them all," said Shalonda Johnson, the victim's daughter.

Neighbors said his health was ailing and he used a walker to get around. Neighbor Roy Brown has known the family for more than 20 years.

"It hurts me because you live here 25 years and you expect to see him the next morning or you see him walking around or whatever," said neighbor Roy Brown. "He would come out, have a cigarette and stuff like that, have a cup of coffee. I'm not going to see that anymore. That's the hard part, not seeing him anymore. It just ain't right. "