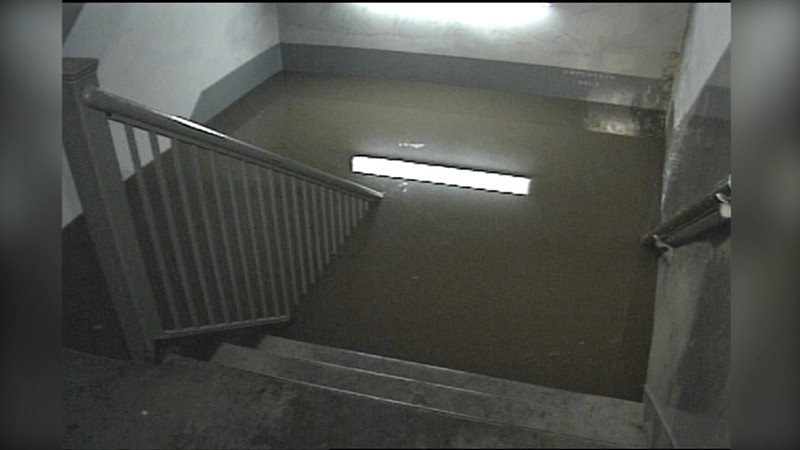 CHICAGO (WLS) -- On this day 30 years ago, people started to notice water backing up in the Merchandise Mart basement

They knew this wasn't a normal water main break when they saw fish swimming in it. It was the Great Chicago Flood of 1992.

By the time Myron Maurer arrived at work on April 13, 1992, the entire boiler room under the massive Merchandise Mart was under 30 feet of water.

"You could actually see fish in the water and by that time people realized it was the river and it somehow got into people's basements," Maurer recalled.

The Mart was the first of many Loop buildings to call 911. Over 124 million gallons of water rushed into the Loop's underground tunnel system.

The flood was Richard M. Daley's first test as a new mayor. He quickly mobilized a team, including Deputy Chief of Staff Gery Chico.

"What we wound up doing at the end of the day was evacuating hundreds of thousands of people from the Loop and send them home," Chico recalled.

Never closed before, the Loop stayed shut down for two days.

"It was a really bright sunny April Day and there was a disaster going on but no one realized it, it was all underground," said Maurer.

The disaster was caused when a construction crew cut corners and accidentally caused a crack in an old freight tunnel beneath the Chicago River near the Kinzie Street Bridge.

Mayor Daley called in John Kenny Jr., owner of Kenny Construction, to figure out how to plug it.

"We got to stop the water from pulling the bottom of the river into the freight tunnel," he said.

Using large rock to stop the pulling in order to make way for the placement of shafts, Kenny stopped the flood seven days later. It then took several more days to pump all of the water out of building basements.

Kenny became an instant celebrity, dubbed the "Flood Stud" for his fashionable teal coat apparent in his daily press conferences.

"That part of it was comical," he said.

The city put in several prevention measures to make sure the disaster never happens again. For decades before the flood, the city pretty much ignored and didn't utilize the underground tunnels. Since the disaster, they have become assets.

"We built these very thick metal conduits throughout downtown that carry fiber and we can lease it out and the city makes money on that," Chico said.

It was also learned that the city was told of the fragile tunnel before it collapsed.