WLS
By Chuck Goudie and Ross Weidner
CHICAGO (WLS) -- The victims thought they were getting jobs as "mystery shoppers" to measure quality of service in retail businesses.

The only mystery, according to federal investigators, was what happened to the money they paid to get the jobs-all of which were non-existent.

A South Side Chicago man was charged Friday with five people related to their alleged roles in the international fraud scheme that used counterfeit driver's licenses and counterfeit money orders to obtain payment from victim bank accounts around the United States.

Valandus Javon Gibson, 28 of Chicago, was arrested by Chicago police last weekend and will face the charges being lodged in Dallas, Texas where several of the defendants live.

The indictment alleges that from about April 2013 to December 2017, Gibson and the others conspired with scammers in Nigeria to obtain money through various acts of fraud. This included posting misleading job ads, such as for mystery shopper positions, that were not valid job opportunities. The defendants are alleged to have conspired to pose as employers of these fraudulent job opportunities to lure victims, who resided throughout the United States and Canada.

Authorities say the suspects obtain fake driver's licenses and money orders, which were shipped into the U.S. The counterfeited money orders were shipped to co-conspirators, who then mailed them to unwitting victims who were under the mistaken belief that they were fulfilling the job duties of mystery shopper positions. The victims were instructed to deposit the counterfeit money orders and securities, mailed as payment for the mystery shopper jobs, into personal bank accounts and send a portion of the monies to the alleged scam artists. That would be the last they heard from the so-called headhunters.

Authorities may have become wise to alleged scheme in July, 2016 when Gibson was stopped for speeding in Dallas. According to police records obtained by the I-Team, officers found "86 fake Tennessee drivers licenses" in Gibson's car.

Investigators said that the licenses had Gibson's picture on them with different names and addresses and were found "in the floorboard of the car behind the passenger seat."

This case was sealed late last year by a federal judge as customs and homeland security agents rounded up those charged.

Nigeria has long been a hotbed for financial scams targeting Americans. The I-Team reported more than 20-years ago on bank fraud schemes being run out of Nigeria...first by letters in the mail, then over fax machines and lately by email and text messages.
Report a correction or typo
Related topics:
i team
Copyright © 2020 WLS-TV. All Rights Reserved.
I-TEAM

Cook Co. COVID-19 patient addresses to be given to first responders after county board vote 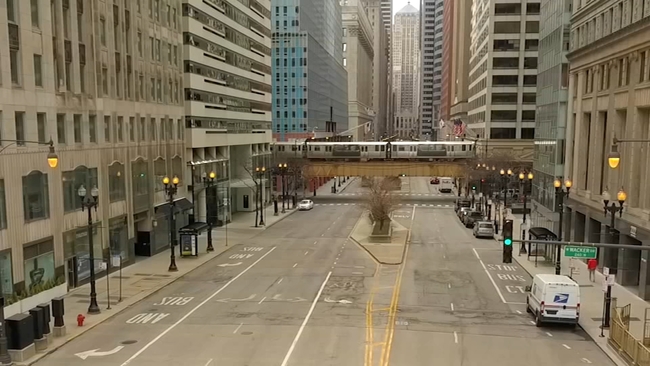