Mayor Emanuel outlines plans to use marijuana legalization, casino to pay for pensions 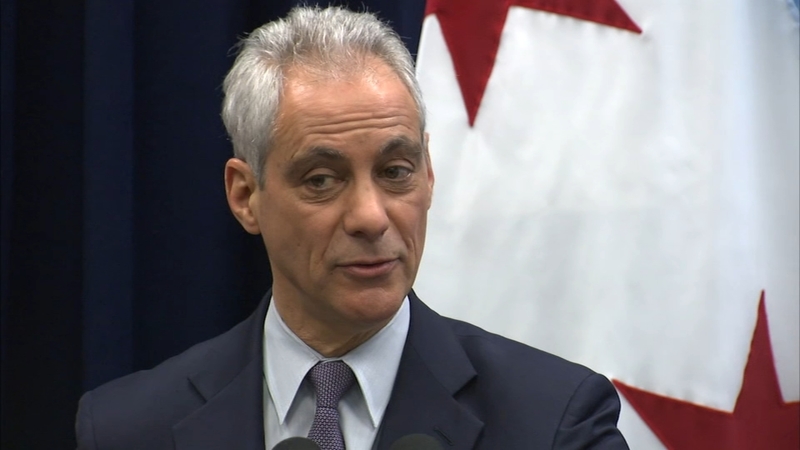 Mayor Emanuel outlines plans to use marijuana legalization, casino to pay for pensions

"Simply put, leaders in the past made commitments without the resources to back them up. And now, inevitably, the bill has come due," Emanuel said Wednesday.

In 2020, the city will require $276 million in pension and the city's pension obligations are going to increase in the coming years.

Emanuel's plan includes a casino in Chicago and the legalization of recreational marijuana. It also calls for modification of the state constitution to get rid of the compounded cost of living adjustment for retired city workers, which the mayor says is an unsustainable benefit.

While that idea drew some city council support, at least one union expressed concern.

"Opening up a constitutional convention, I don't have a lot of confidence that all they're going to do it try and make minor changes," said Kevin Graham, president of the Chicago Fraternal Order of Police. "I think once they do that they're gonna try to make significant changes."

The mayor said revenue from marijuana or a new casino should be dedicated to pensions, but concerns remain about the reliability of those revenue sources.

Ninth Ward Ald. Anthony Beale weighed in on where a proposed casino should go.

"If there is going to be a casino in the city of Chicago, it should go to the far South Side to stop the people from going across the border and stop the bleeding," he said.

Next month, Emanuel plans to discuss the Chicago casino proposal in Springfield as a full legislative package will be introduced in the General Assembly to continue statewide negotiations on gaming.

Along with the casino and marijuana proposals, the mayor plans to take steps toward fund stabilization bonds as well as benefit reforms that will ensure long-term retirement security for workers but also protect taxpayers.

Community leaders and aldermen say they look forward to exploring these options.