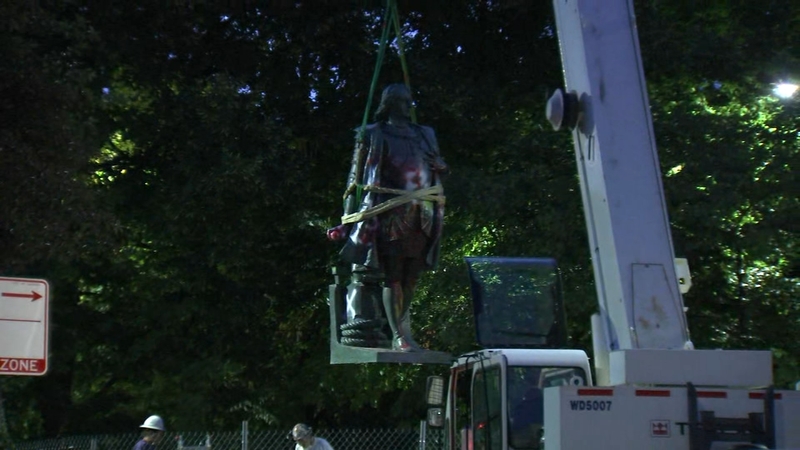 CHICAGO (WLS) -- A committee formed by Mayor Lori Lightfoot to review Chicago's monuments will recommend two statues of Christopher Columbus not be returned to their old resting spots, according to reports.

The statues were removed in July 2020, following protests grew out of the national outcry and protests over the murder of George Floyd and fatal police shooting of Breona Taylor.

At the time there were calls around the country for monuments depicting controversial figures like Columbus to be taken down as part of the nationwide fight for racial justice. The Grant Park statue was the focus of a protest that turned into a violent clash between Chicago police and protesters after protesters tried to tear it down.

38th Ward Alderman Nicholas Sposato, who served on the committee, said no one has told him the report is complete.

"I believe the whole committee was a predetermined, biased committee, so I believe it will come out to say they should not go back up," he said. "I'm hoping that the mayor takes this suggestion, this recommendation, merely as that: a recommendation.