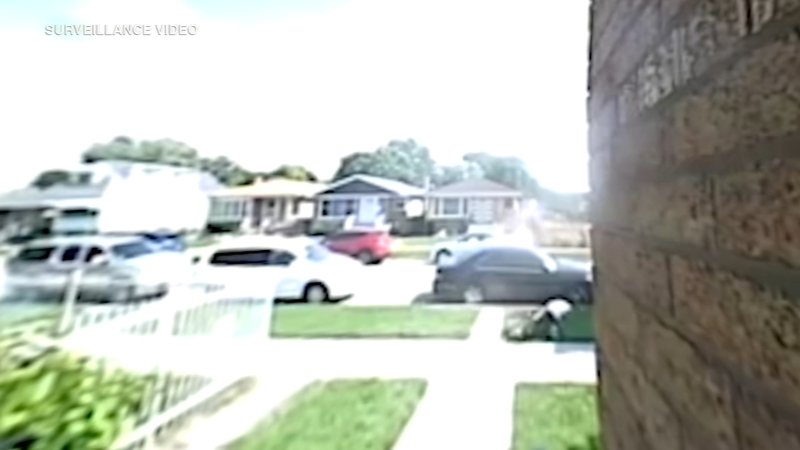 CHICAGO (WLS) -- Two people were wounded, including a woman hit in the head by a stray bullet, remain hospitalized Wednesday after a drive-by shooting in broad daylight in the West Englewood neighborhood.

A 35-year-old woman inside a home was wounded in the head after bullets came through her front window. She was transported to Christ Hospital in critical condition.

A 21-year-old man standing on the sidewalk was shot in the stomach and transported to Christ Hospital in stable condition.

Antoinette Burt was at work when her fiancé called. Her son 21-year-old Tony Hobbs had just been shot.

"I had just talked to him and he said he was going to get a blueberry iced-tea," Burt said. "Minding his business. You all shot somebody you don't even know. Just random. Random. Random. You almost took my baby's life...He had a collapsed lung. They ripped through his spleen. His diaphragm and his colon, they could have killed him."

Neighbors described the shooting as random and police have discovered no motive as of yet in their investigation.

"Someone just rolled down the block, hanging out the window, just shooting at anybody he saw," said John Edwards, who lives on the block. "He shot at my brother, my nephew, just shooting at random people that's outside.
"Could've been my daughter," said Washington. "I have a daughter. It could have been anybody's, you know... it's just sad. This has to stop."