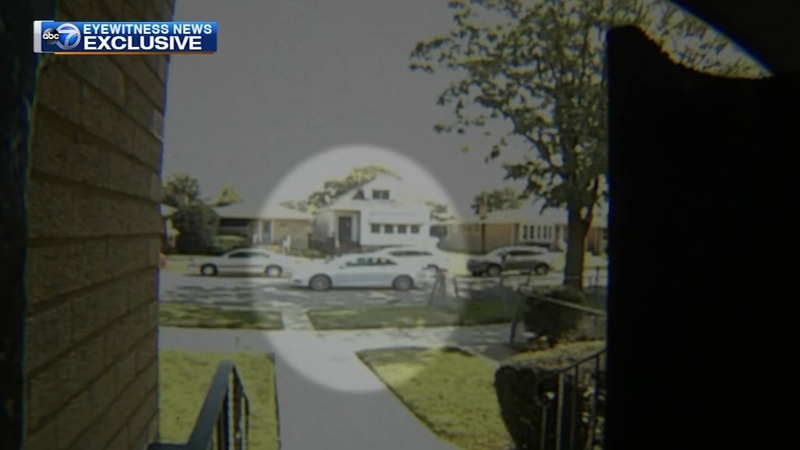 CHICAGO (WLS) -- Chicago police are being credited with saving a woman's life after gunfire erupted in West Englewood Tuesday, wounding two people, including a woman hit in the head by a stray bullet.

Police said the woman shot may not have survived if officers had not spotted a bullet hole in her home's window.

New exclusive surveillance video gives us a glimpse at the chaos that followed gunfire in what neighbors describe as an ambush.

"It's a traumatic scene right there," said Officer Rodolfo Farias with Chicago Police Department. "You think about your loved-ones. Could've been my wife, my kids."

Sergeant Rudy Vargas, and Officers Rudolfo Farias and Michael Kocanda were among the first to arrive at the scene.

Police initially helping 21-year-old Tony Hobbs who was on the sidewalk, and wounded in the stomach and back.

As the first responders assessed the panic gripped neighborhood, officers make a tragic discovery when they noticed a bullet hole in a window at a home on the other end of the block.

That's when they found a 35-year-old shot in the face and unresponsive inside.

"[It] appeared that she was sitting on the couch when she got shot, and her cell phone was laying right on the couch, [within] arm's reach," Sgt. Vargas said.

Their quick actions after the gunfire perhaps saving her life before she was transported to Christ Hospital in critical condition.

Hobbs was also transported to Christ Hospital in stable condition.

"I had just talked to him and he said he was going to get a blueberry iced-tea," said Hobbs' mother Antoinette Burt said. "Minding his business. You all shot somebody you don't even know. Just random. Random. Random. You almost took my baby's life...He had a collapsed lung. They ripped through his spleen. His diaphragm and his colon, they could have killed him."

"It was just shocking to see somebody laying on the floor. You don't expect that, and I just hope she makes a full recovery. That's it," said Officer Kocanda.

"Could've been my daughter," said Washington. "I have a daughter. It could have been anybody's, you know... it's just sad. This has to stop."