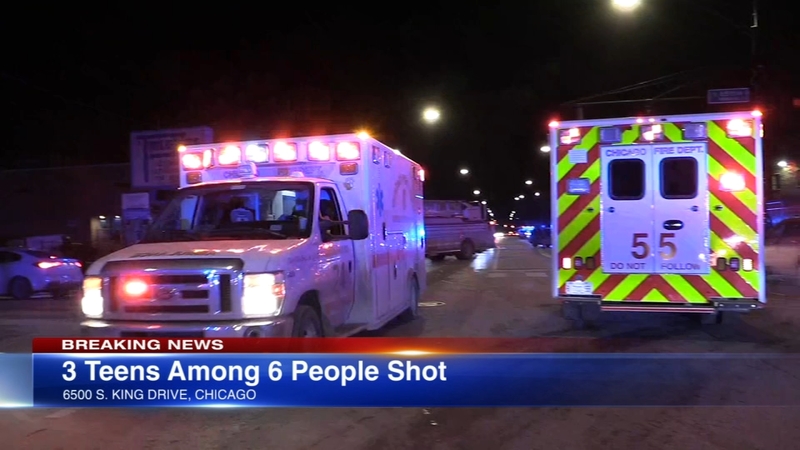 6 seriously injured, including 3 teens, in South Side shooting

CHICAGO (WLS) -- Six people were seriously injured, including three teenagers, in a shooting on the South Side Friday night.

Officials said the shooting happened just after 9 p.m. in the 6500-block of South King Drive in the city's Parkway Gardens neighborhood. It began with a gathering inside an apartment and spilled out into the hallway, Chicago police said.

The circumstances surrounding the shooting were not immediately known.