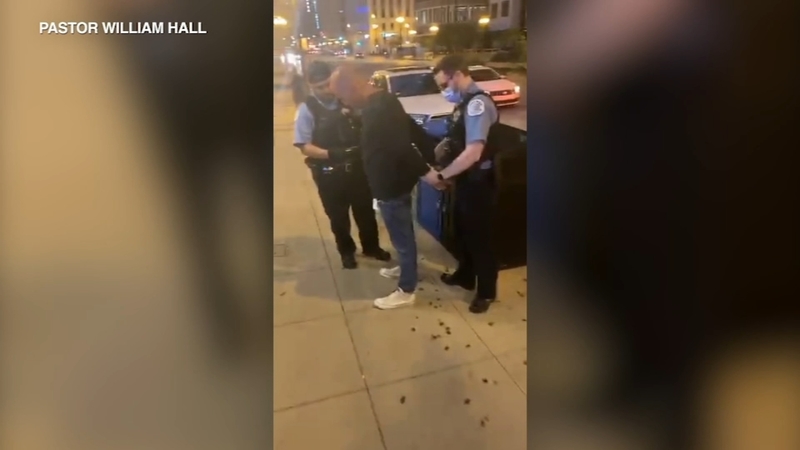 CHICAGO (WLS) -- Pastor William Hall of St. James Community Church in Chatham said he needed a change of scenery, so he and a friend headed downtown Wednesday night for dinner.

"Downtown is supposed to be a place of inclusion, have fun, eat food, look at skyscrapers," Hall said. "That moment reminded me maybe I'm not welcome down here."

Hall recorded the incident with his cell phone.

He said at the corner of Dearborn and Grand, 44-year-old Robert Champion approached him and his friend as they waited to make a left on Grand. They were in their car, waiting for passengers to cross the intersection. Hall said Champion was on foot, and walked directly to his window. He was sitting in the passenger seat.

Hall and his friend flagged down a police officer. They caught up with Champion a few blocks away, where he denied spitting Hall's face or calling the pastor the n-word.

"I would never say that to you," Champion says in the video.

While the incident was traumatic, Hall was complimentary on how Chicago police handled the incident, from deescalating the situation to the arrest.

"Luckily, the police were diligent and did their job," he said.

But, he said, spitting at someone during a pandemic and being called a racial slur should warrant stronger charges.

"We don't want to return the hate, we just want justice," he explained.