18-year-old pregnant woman fatally shot in Back of the Yards, testified as witness in cousin's murder weeks prior 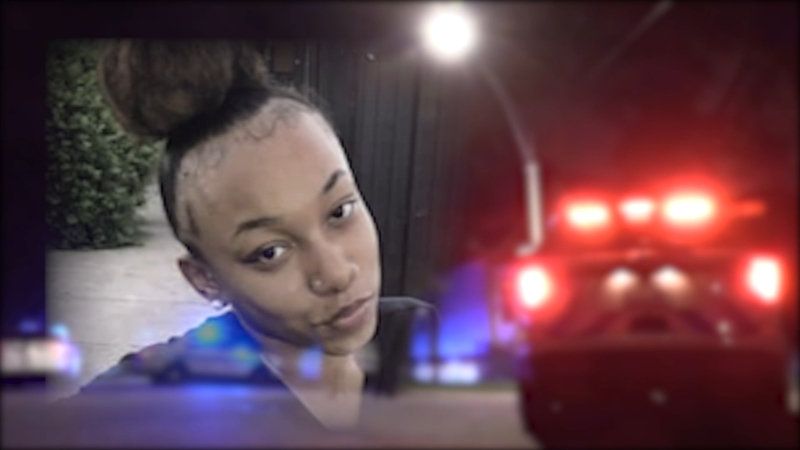 Treja Kelley, 18, shot to death in Back of the Yards after fight with man in alley; gunman still at large

CHICAGO (WLS) -- An 18-year-old pregnant woman was shot to death Sunday night in the Back of the Yards neighborhood on the South Side, police said.

The victim, identified by family members as Treja Kelley, was walking in the 900-block of West 52nd Street at about 9:30 p.m. when police said a male suspect emerged from an alley and the two of them got into "a verbal altercation."

"She was coming home from work and they tell me a car rolled up on them on 52nd Street and the guy got out and just started shooting," said Judy Fields, the victim's grandmother.

Kelley was rushed to the University of Chicago Medical Center where she was pronounced dead, according to police.

"I heard the shooting and I came out on the porch and I saw everybody running," Fields said.

Fields said when she walked down her street she didn't know it was her granddaughter who had been shot.

This is the third grandchild Fields has lost to gun violence.

"I don't understand why they can't stop these people from doing all this shooting or protect the kids in some kind of way," Fields said.

Cook County State's Attorney's office spokeswoman Tandra Simonton said Monday that Kelley testified in June at the trial of Deonte Davis, who was convicted in the 2016 slaying of Kelley's cousin, 17-year-old Christopher Fields.

Fields said Treja was a good kid, graduated from high school this year with straight-As and was planning to enroll in college. She was also pregnant, according to her Facebook page.

"My grandchildren are very dear to me and I'm losing them. That's the third one I've lost and I'm just praying that it's the last one," Fields said. "I just have to pray and ask God to give me strength. I just don't understand, you know, why so many in my family are being taken."

The suspect fled the scene on foot after the shooting and is not in custody.

Police spokesman Anthony Guglielmi said detectives haven't yet determined a motive in Kelley's killing, adding "everything is being considered."