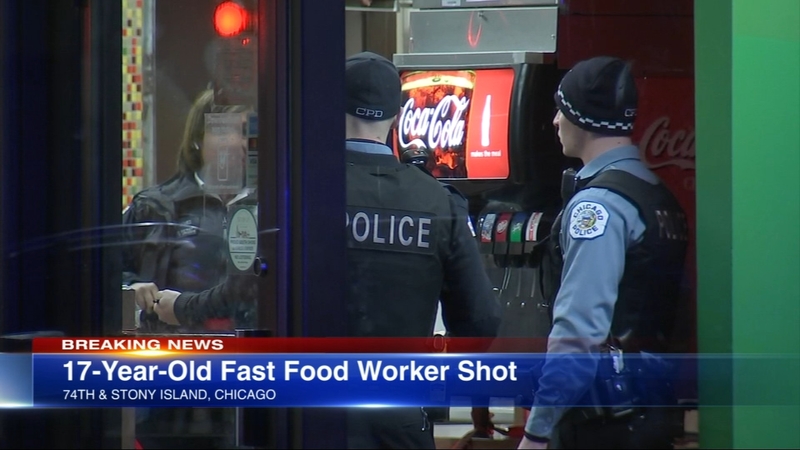 CHICAGO (WLS) -- A 17-year-old boy was injured in a shooting outside a fast food restaurant in South Shore, fire officials said.

The shooting happened near a Popeyes at 74th and Stony Island.

Fire officials said the boy was taken to University of Chicago Hospital where his condition is stable. He was struck in the shoulder and grazed in the rib, according to police.

Two males exited the restaurant about 6:30 p.m. after getting into an argument with the teen inside, Chicago police said.

The teen walked out into the parking lot and one of the males opened fire from an alley, police said.

An employee from a restaurant across the street said they didn't hear the gunshots but police could be seen investigating the area outside the Popeyes.

An investigation is ongoing. No one is currently in custody.