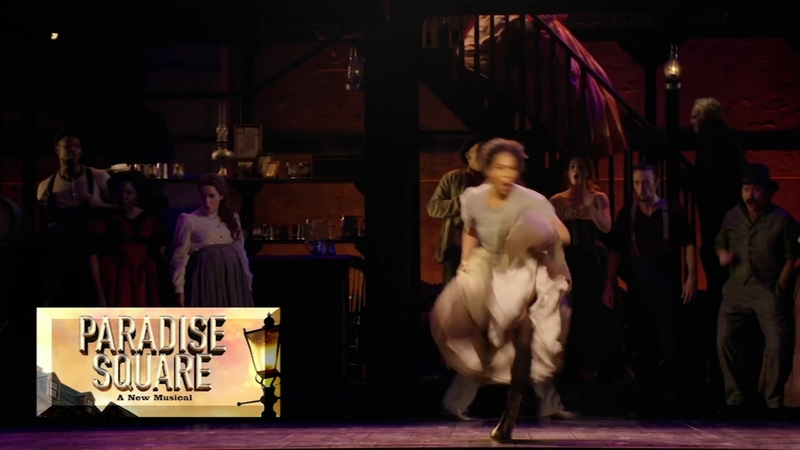 CHICAGO (WLS) -- It's opening night for "Paradise Square" at Chicago's Nederlander Theatre as the powerful musical gets ready for Broadway.

ABC7's Hosea Sanders talked to some of the stars getting set for the big debut!

It happened in the slums of New York during the Civil War as free Blacks and Irish immigrants created their own "America," blending their lives and rousing cultures.

"I play Nelly O'Brien. She is the owner of Paradise Square. She was born free, she's married to Willie O'Brien -- an Irish man who has gone off to the war," said Joaquina Kalukango. "We see her have to deal with what it means to be a Black woman and a business owner during this heated time during the civil war."

"I'm really excited to get in front of some Chicago audiences again because they're so fun and engaged, even in a big theater like this," said Sidney DuPont, who plays Washington Henry.

"Theater comes from religion, people being together and it's what our show is about, bringing community together is music and rhythm and belief and love," said A.J. Shively, who plays Owen.

When asked what they want to say to Chicago audiences before the curtain goes up.