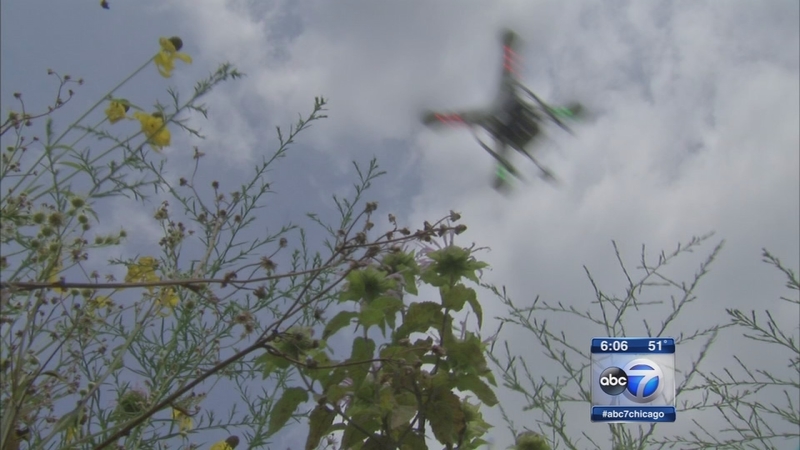 CHICAGO (WLS) -- The Chicago Park District is considering a proposal to restrict drones in city parks and require a license for operators. A lot of people showed up at Wednesday's board meeting to object to the proposal.

Anyone flying a drone over Chicago Park District property - whether for commercial or recreational purposes - would have to first get a permit - that's the proposal.

District officials say they know it's a hobby enjoyed by many, but there's also an element of risk. What if they crash? Their presence may "negatively impact the use and enjoyment of the city's parks, harbors and museums", and that "a permitting process would allow managing potential risks."

"We're not taking away a right that anybody currently has, we're just saying, hey let us know so that we can issue the proper permit," said Tim King, Chicago Park District general counsel.

Permits would come on a case-by-case basis with a fee, but how they'd work is still being designed.

"This is an emerging market, these things are going to save lives, they're going to create jobs, and they're going to be commonplace here within the next decade. We have to embrace this technology," said Christopher Morrison, a drone operator.

Drone operators say the park district wanted to slip through a significant issue without public input.

"It breaches our First Amendment right. Whether you're using a camera on the ground, an iPhone, or flying a camera 100 feet in the air, you should be able to go out and take a photo," said Colin Hinkle, a drone operator.

Rules governing drones are constantly evolving. The FAA took the better part of three years to develop rules for commercial drone rules, and it had plenty of public hearings.

Chicago Park officials tabled their vote Wednesday afternoon while asking the question: if national parks can ban drones, why can't city parks at least regulate where and when they can be flown?