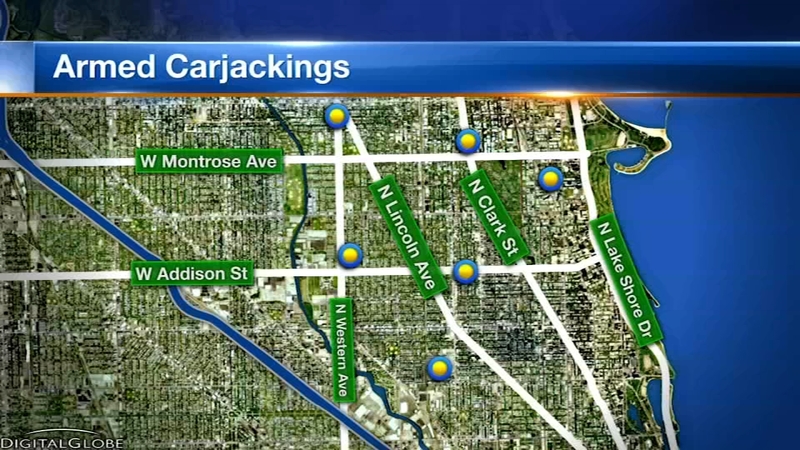 EMBED <>More Videos
CHICAGO (WLS) -- Chicago police issued a community alert Wednesday saying there have been six carjackings or robberies on the North Side. This comes on a day that the police superintendent and mayor announced that there will be more technology on the streets to track stolen vehicles.

License plate readers on squad cars can scan up to 1,000 plates per minute, picking up whether a car is stolen. Two hundred more patrol cars will be outfitted with them, Mayor Rahm Emanuel announced Wednesday.

"That is technology that will enhance in real time," he said. "Sometimes the type of car is not accurately reported but the technology actually captures the license plate in real time."

A total of 300 patrol cars will now be equipped with the readers. The city also reported that 126 readers are mounted to poles or used by other city departments.

"While we're making this investment, there's no better investment than the trust between community groups and police officers," Emanuel said. "That is the most important this police department has across the city of Chicago."

The new technology could be helpful in a recent spate of car jacking on the North Side, including the North Center neighborhood. Police have released this list of the carjackings and robberies since October 1st.

The suspects were described as a group of two to five men between 20 and 30 years old who may be armed, police said.