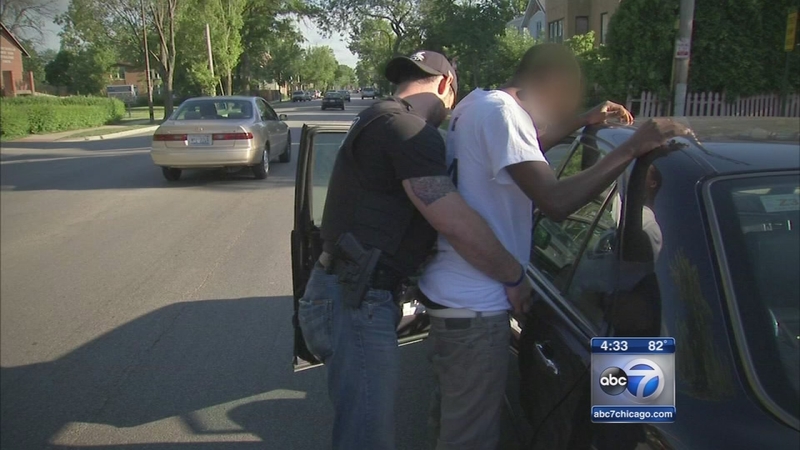 In March, a report from the ACLU of Illinois found Chicago police officers disproportionately targeted blacks and other racial minorities in hundreds of thousands of stop, question and frisk encounters. The ACLU accused the Chicago Police Department's policy of feeding racial profiling and threatened a lawsuit.

The agreement avoids litigation and will lead to a change in CPD procedures, including more record-keeping, police officer training, and public disclosure on traffic stops. It will also set a national standard, McCarthy said.

The city and department have agreed to collect additional data about investigatory stops. That includes officers' names and badge numbers, the race, ethnicity and gender of the person stopped, the reason for the stop, the location, date and time of the stop and other details.

That information will be given to the ACLU and Former U.S. Magistrate Judge Arlander Keys, who will oversee the agreement's implementation and release a public report twice a year. Judge Keys will be able to look at where the stops are occurring and who is making them, down to the individual officer. The increased training is designed to ensure stops are conducted only when necessary and that pat downs are done only when legally justified.

"The policy provides for a high level of training and, more importantly, with it supervision to actually see that it is being done on the ground," McCarthy said.

When police officers make a stop, they must have a reasonable suspicion that a subject committed or is about to commit a crime and be able to articulate it under the U.S. Supreme Court ruling Terry v. Ohio. From May to August of 2014, Chicago police officers made more than 250,000 stops that did not lead to arrests, according to the ACLU study. Nearly 75-percent of the people stopped were African Americans.

"If we're not articulating our reasonable suspicion, we've got a problem," McCarthy said.

The City of Chicago, Chicago Police Department, and ACLU have been negotiating for months to avoid an expensive and time-consuming lawsuit.

"What we have done here is move past the litigation process and advanced directly to a collaborative process, to insure that stops on Chicago streets meet constitutional and legal standards," the parties said in a release.

McCarthy made it clear Friday he is not a fan of the label stop-and-frisk.

"The words stop-and-frisk have taken on a meaning that go far beyond Terry V. Ohio," McCarthy said. "There is not a department in this country that has a stop-and-frisk-program... These are investigative stops and officers will perform protective pat-downs when necessary."

Two police departments where McCarthy worked came under fire for their use of the tactic - the New York City Police Department, where McCarthy was once a high-ranking member and Newark, New Jersey, which he headed before coming to Chicago. In New York, a monitor is overseeing changes to the stop-and-frisk policy after a federal judge ruled that the tactic sometimes discriminated against minorities. Last August, the city dropped its appeals of the decision after a new mayor took over who was elected, in part, on an anti-stop-and-frisk campaign.

And in Newark, the department was placed under a federal monitor after the U.S. Department of Justice found that during a period when McCarthy ran that department, 75 percent of pedestrian stops were made without constitutionally adequate reasons and in a city where blacks make up 54 percent of the population, they accounted for 85 percent of those stops.

The Chicago Police Department does face a federal lawsuit filed in April and seeking class-action status. In that lawsuit, six African-American Chicago residents claim the street stops have led to constitutional abuses, including unlawful searches and seizures as well as excessive force.

An attorney for the men said the settlement can only bolster his legal action.

"I don't think the police department will come out and say 'We were guilty of unconstitutional stops of African Americans,' ... I certainly think that it does add a lot of credibility to the lawsuit," said Antonio Romanucci.