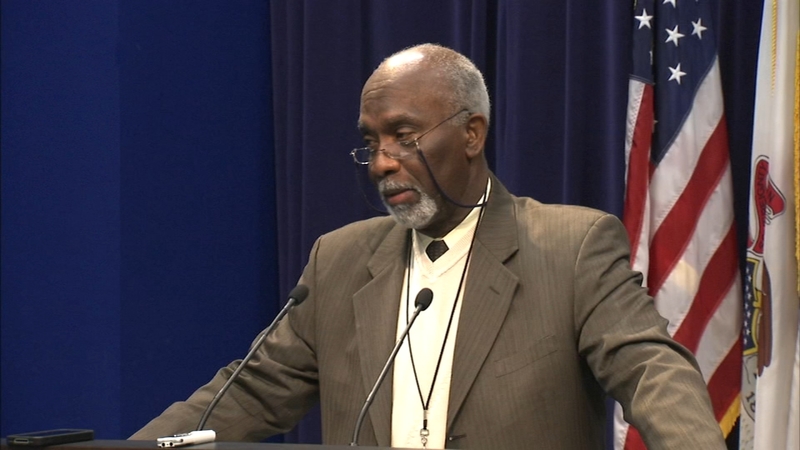 Hillard spent about 35 years with the Chicago Police Department and is also a Vietnam veteran. Many in his neighborhood are outraged after hearing about the alleged attack. CPD officers went door to door on his block Monday looking for surveillance video.

"It's just crazy. It's just disrespectful. It's demeaning, and if I was him I'd be really upset," said Lanai Hodges, neighbor.

Hillard served as the city's top cop from 1998 to 2003. He declined to speak with ABC7, but confirmed the incident through a spokesman.

According to that spokesman, Hillard was doing yardwork in front of his home in Chatham Sunday evening when he was struck by a paintball fired from a passing vehicle.

The retired superintendent, who is in his late 70s, did not need to go to the hospital.

"I feel like it's outrageous. You can't work out of your own personal space anymore," said neighbor Retia Patton.

After retiring, Hillard worked in private security and then served as interim CPD superintendent in 2011 between the departure of Jody Weis and the hiring of Garry McCarthy.

Hillard also fought in Vietnam for more than a year.

"It had to happen to him on the day when we should be thanking him, you know, for his service," said Babette Crawford, neighbor.