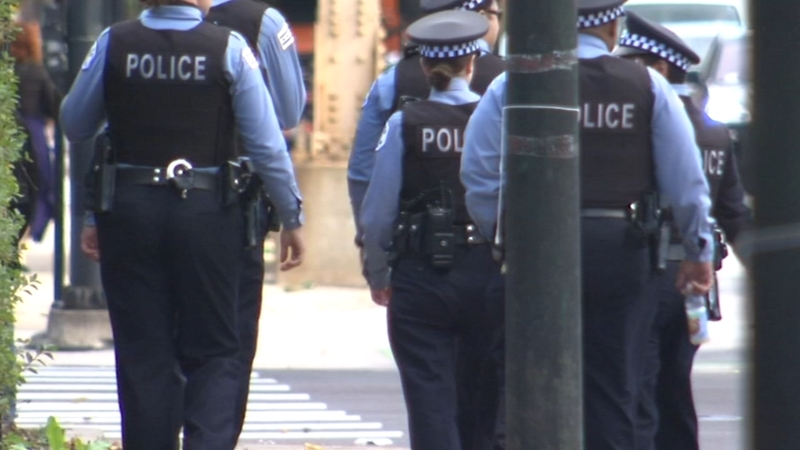 The report from the office of city Inspector General Joseph Ferguson found that Black applicants are far less likely to get hired as CPD officers than white candidates.

"It is the disproportionately high attrition of Black candidates throughout the hiring process, not a lack of applicants, that is most responsible for the low number of Black police officers ultimately hired," according to the report.

The police department has no shortage of Black applicants. Thirty-seven percent of those who apply to be Chicago police officers are Black. That's slightly more than the city's Black population.

But according to the findings, only 18% of the Black applicants end up on the job. Women applicants also fare poorly.

The report looked at CPD job data between 2016 and 2018, and police department officials say some policies have already been revised, including the physical test that may now be retaken by applicants who don't pass the first time.

The ABC7 I-Team has been reporting on police diversity issues. A recent data analysis also found white people continue to be overrepresented in the CPD. They make up almost half of sworn members, 46.7% despite being just a third of the city's population, 33.5%.

"These are a set of recommendations to improve the gender and ethnicity and the racial balance of the Chicago Police Department. Recommendations the police seem to be accepting, so it's not a question of breaking laws it's making laws. It's really a question of improving what they're doing," said Soffer.

Chicago police officials admit there are hiring problems and have brought in a consultant to improve the process, but that expert funding won't happen until next year.

"Nobody wants to see sort of a bar lower in terms of quality of work that is done by the police, by the police department's hugely important and impactful work and it needs to be done, and about a level of excellence. The recommendations that we make in this report are ones which don't, would not serve to lower any bars in terms of quality or excellence, but are really directed toward ensuring that the things we are measuring for in the hiring process are good predictors of job success -- and that we eliminate any potential sources of bias in that process," said Witzburg.

The OIG report comes as the police department is under the Justice Department's consent decree for improve the city's policing practices and inequities.