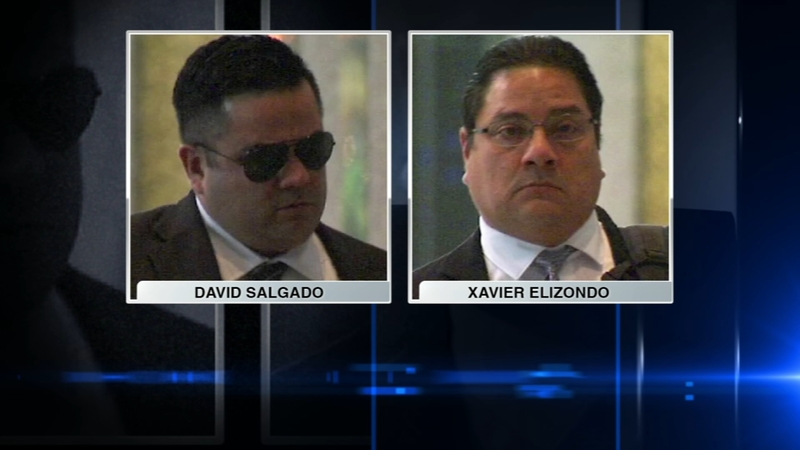 CHICAGO (WLS) -- A jury began Monday deliberations in the trial of two police officers accused of stealing drugs and cash, and lying to cover up their crimes. Closing arguments also took place most of the day.

Sergeant Xavier Elizondo and Officer David Salgado are on trial for allegedly stealing money, drugs and cigarettes with warrants they obtained with made up information. The charges stem from a theft of $4,200 from an Enterprise Rental Car in Chicago in 2018.

ABC7 was informed that it is not illegal for Chicago police officers to lie to get information while they are conducting an investigation.

In a federal courtroom Monday, defense attorneys argued the two officers did a lot of talking, tried to get information to solve cases and keep the streets of the West Side of Chicago safe.

Clancy said Elizondo shouldn't have spent his own money to get information from informants and criticized the FBI's investigation.

On the other side, federal prosecutors said the two officers were simply motivated by their own self-interest.

"These two officers took an oath to serve and protect but violated that trust," Assistant U.S. Attorney Ankur Srivastava told jurors. "They was supposed to be fighting crime instead they became criminals and hid behind their badge."

Throughout the trial, Salgado's attorneys have tried to distance him from Elizondo.

Monday, one of Salgado's attorneys told jurors he was only an officer, and Elizondo was the supervisor. The attorney also said that others had an opportunity to steal during searches.