Chicago police officer hit in head with vase in Woodlawn 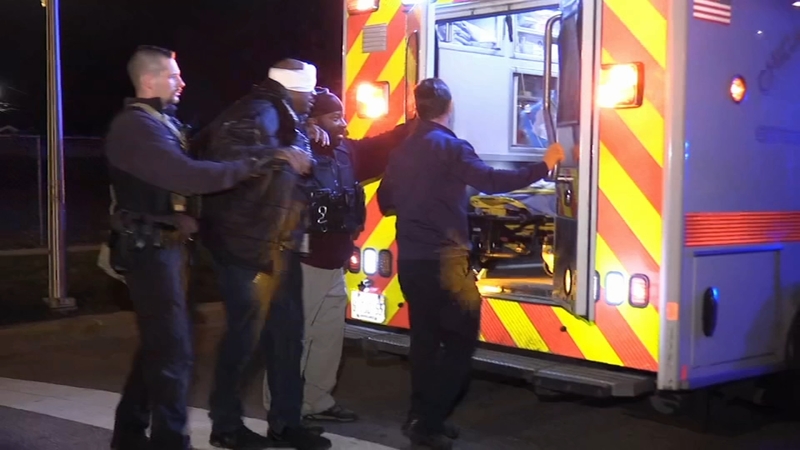 CHICAGO (WLS) -- A Chicago police officer was injured after being hit in the head with a vase in the Woodlawn neighborhood Wednesday morning, police said.

The officer was responding to a call of a domestic battery in the 6400-block of South Kenwood Avenue at about 12:35 a.m., police said.

The officers saw the female victim on the street and followed her to an apartment where the suspect opened the door for the victim and shut the door before the officer's partner could enter, police said.

The man then struck the officer in the head with the vase, police said. Officers gained entry to the apartment and the suspect fled in an unknown direction.

The injured officer was taken to Northwestern Memorial Hospital in stable condition.