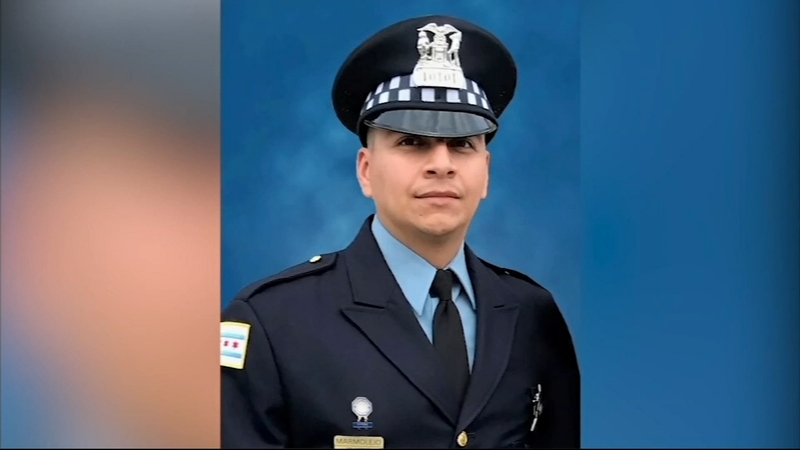 The 36-year-old, who had been on the force for about two and a half years with the 5th District, was killed along with Officer Conrad Gary while they investigated a report of shots fired near the Metra tracks on the South Side. They were struck and killed by a South Shore Line train.

Officer Marmolejo's wake and visitation was held from 3 to 9 p.m. Friday night at Blake-Lamb Funeral Home in Oak Lawn.

The officers of the 5th District stood in solidarity, preparing to say goodbye to another one of theirbrothers in blue.

"This has been so difficult, not only on the families, but the men and women of the Chicago Police Department. Many have been out here all night, yesterday, at the funeral today."

Marmolejo lived in Beverly with his wife and three daughters.

The mood at the visitation was very somber. Officers and first responders from across the state, along with their families and members of the community, arrived to pay their respects.

"As a wife with children as little as Officer Marmolejo and Officer Gary have, it's very hard times," said Susana Dominguez, wife of a CPD officer.

Don Vincent knows the pain firsthand. His father, Larry Vincent, was a Chicago police officer and was killed in the line of duty in 1983.

"I think of my dad every day of my life, and their lives are changed," he said of Marmolejo's children.

But those in the line to pay their respects promised to continue to stand with both families as they face their new reality.

"It's important that they know that it doesn't end here," Dominguez said.

Governor Bruce Rauner stopped by the visitation to pay his respects as well.