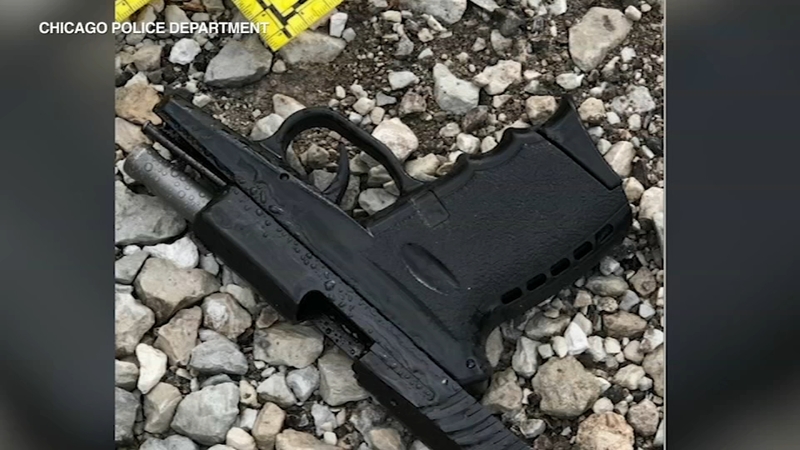 CHICAGO (WLS) -- New forensic evidence has unveiled that a weapon recovered from a shooting that wounded a Chicago police officer last weekend is tied to multiple crime scenes, including the shooting of a woman in the Fulton River District and another in Minnesota.

Investigators are now trying to figure out how Blackman allegedly obtained the weapon in the first place.

According to court documents, forensic evidence has connected the weapon to a July 28 shooting in Minnesota.

The documents show that the gun was legally purchased this past summer, but the person who bought it sold the weapon to another individual with a criminal history.

Investigators said these transactions are known as straw purchases.

"A straw purchase is as simple as somebody going into a gun store or going to someone who sells guns and misrepresenting who those guns are for," said Phil Andrew, director of violence prevention initiatives for the Archdiocese of Chicago.
Andrew, who's also a former FBI agent, said straw purchases make it difficult for investigators to track weapons used illegally.

In Blackman's case, investigators were able to track the weapon to a legal purchase. But court documents show that the weapon changed hands at least two times before allegedly getting to Blackman.

"There's a real misconception, you know, whether you're looking at the motive or you're seeing a lot of confusion out there at just how difficult it is to track a weapon from manufacturer to dealer and then from dealer and beyond," Andrew said.

Law enforcement experts said that roughly 40% of guns used in crimes in Chicago come from outside the state.