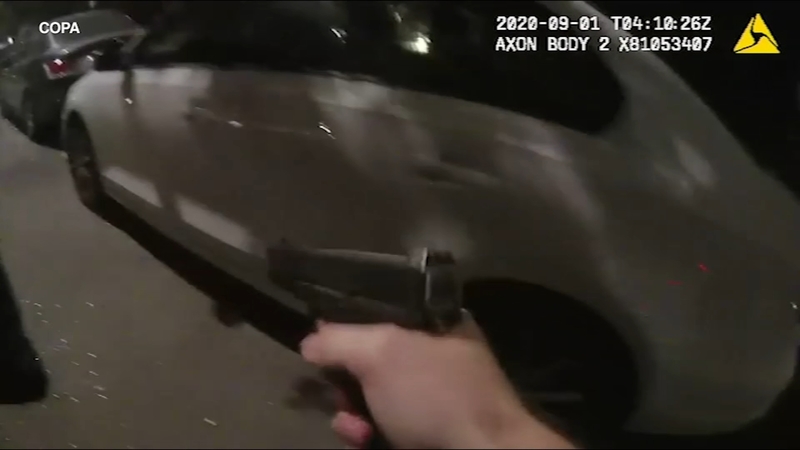 Numerous videos released late Monday by COPA investigators show the frenzy for police near 19th and Loomis. One of the videos released is from the body-worn camera from the Chicago police officer seen firing his gun. Later, he says while the camera's rolling that his police vehicle had been shot at, blowing out a window. The video is silent when the camera starts rolling-that's how bodycams work and why the gunshots aren't audible on the officer's tape. Nearby surveillance video that captured the sound of gunfire didn't show the shooting.

Police say man killed in Pilsen shootout with officers, but family wants answers; 2 others in custody

In the bodycam video, 26 year old Miguel Vega is clearly seen sprawled on the sidewalk after being shot in the head and when the bodycam audio does pop on, the officer who fired shots is determined to find the offenders' weapon.

Vega died later at Stroger Hospital and his family members have vigorously questioned the police version of events, that officers in an unmarked police car came under attack as they looked into a report of a suspicious person near 19th and Loomis. Authorities arrested two people at the scene but two others they reported ran and were not taken into custody.

A few days after the incident there were protests in Pilsen, demands for police transparency and information about what happened the night Vega was killed. The bodycam video does reveal during the frantic search for a weapon, one was found under a car...the pistol authorities believe was used by the offenders.