Postal worker shot with paintballs day after another was shot, injured delivering mail on South Side 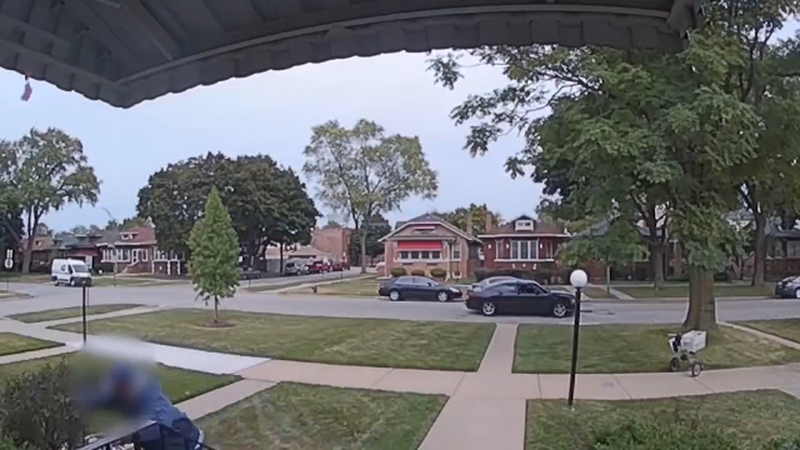 Vigil held for postal worker shot injured on South Side, another shot at with paintballs following day

CHICAGO (WLS) -- Another postal worker is terrified after he thought he was being shot at just blocks from where one of his colleagues was shot and injured the day before on Chicago's South Side.

Last Friday a Chicago letter carrier, who did not want to be identified, thought he'd been shot when a car pulled up and started firing in his direction.

It turned out he'd been hit with paintballs, but the incident was just 24 hours after another letter carrier had been shot with a real gun three miles away at 91st Street and Ellis Avenue in the city's Burnside neighborhood.

To understand what local letter carriers on some routes are faced with, a resident shared a video of the incident from last week.

"That's a traumatic experience, especially when you had a coworker shot the day before," said Mack Julion with National Association of Letter Carriers, Branch 11. "It's not funny, these are federal employees...our members are at work trying to do their job trying to support their families, trying to serve the community."

Fellow letter carriers and residents held a prayer vigil Thursday for the injured postal worker, and for the safety of all who live and work in Chicago.

Robert Harper, who was a medic in Vietnam, rushed to help the injured letter carrier.

A mail carrier was shot at with paintballs while delivering mail just blocks away from where another worker was shot and injured from a real gun the day before.

He said he never imagined he'd use his old training on his beloved block he's called home for more than 40 years.

Harper said he heard the gunshots last Thursday and waited with the postal worker for paramedics to arrive.

"Around the block hearing gunfire but never on the block," Harper said. "45 years here and it has never been this bad."

It was just the next day when the other letter carrier heard pops coming from a passing car and felt something hit him.

Fortunately, he was only splattered with paint and was not physically injured.

"At the end of the day our members have to feel safe when they are delivering mail," Julion said.

The US Postal Inspection Service is investigating both incidents. They also remind the public that an assault against a postal employee is a federal offense.