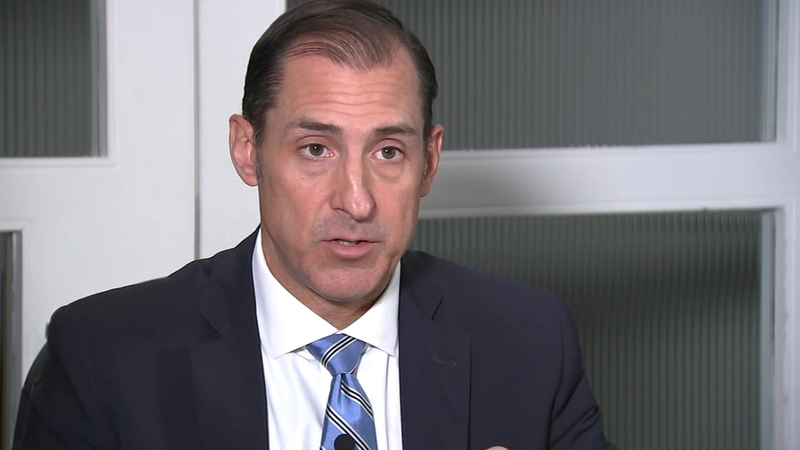 CHICAGO (WLS) -- When you sit across the table from U.S. Attorney John Lausch one word is sown through the discussion: accountability.

Chicago's leading federal lawman preaches, teaches and abides by accountability 101. It's not only accused wrongdoers who should be accountable, he said, but also prosecutors. That includes himself.

The I-Team interview with Lausch was meant to focus on an influx of automatic weapons in criminal hands. But the 51-year-old is passionate about helping Chicago deal with the wider crime surge that encompasses shootings, murders and street violence.

Lausch said he doesn't see Chicago on a good path, considering the amount of crime in the city at this time.

"Yeah. So I don't know," He said. "It seems like it's been it's been a time where every day you do wake up and you see another shooting, a carjacking, something else that, you know, that that does kind of shock your conscience a little bit right and really, I think I even started to see this even before the pandemic hit."


With those "conscience-shocking" crimes, Lausch emphasized all Chicago area prosecutors have to ensure that wrongdoers are being held accountable.

"I mean, you can't tell people in Gresham, you know, that the gang member who's always carrying a gun who has prior convictions and is walking around with a gun in their waistband is a non-violent offender, nobody in that neighborhood is going to buy that," he said.

When Lausch was sworn in four years ago, he followed a blue ribbon legacy of federal prosecutors, spanning decades; names including Thompson and Webb, Valukas and Fitzgerald. Each is known for a different kind of big case from the mob to public and judicial corruption.