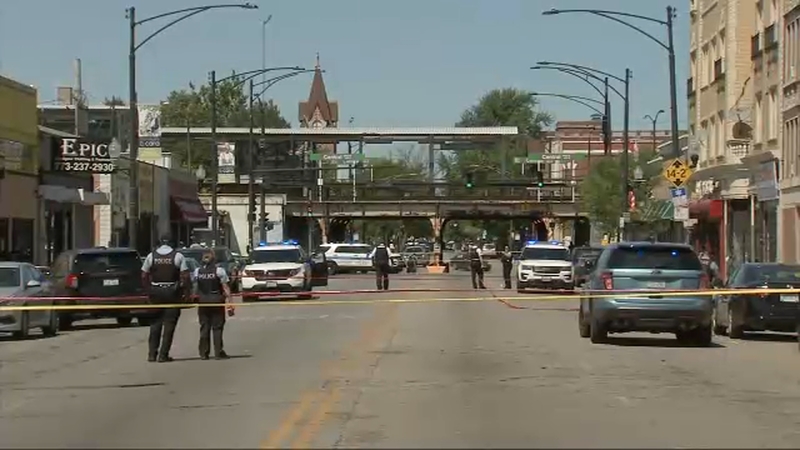 Police said a 27-year-old woman and her 9-year-old son were on the sidewalk with a group of people around 1:15 p.m. in the 300-block of North Central Avenue when a dark-colored car pulled up and two people got out.

The two people pulled out guns, fired shots, and then fled northbound on Central Avenue, police said. The woman and boy were not the intended targets, according to Chicago police, but it was not immediately clear who in the group were.

"Someone knows who these suspects are. And we've seen communities in recent weeks come forward with information to solve violent crime. So my plea to this area, to this neighborhood, to the Austin community: if you have any information about who did this cowardly act that struck a mother and a 9-year-old young boy, please come forward," said CPD Supt. David Brown, who also responded to the scene.

Brown said there are POD cameras in the area and police will be looking at the footage to try to identify the shooters and their car.

No further details have been released. An investigation by Area Four Detectives is ongoing. No one is currently in custody.

Police said they have been able to make arrests in several recent shootings because of tips from the community.