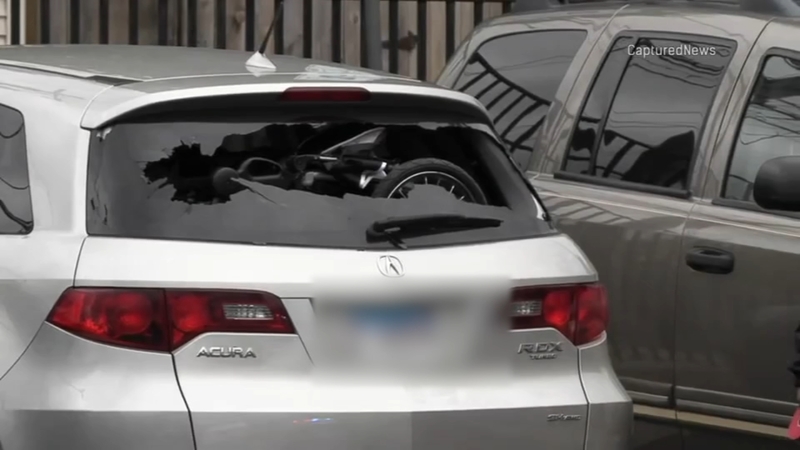 Boy, 1, among 3 shot near South Side gas station

CHICAGO (WLS) -- A 1-year-old boy was among three people who were shot near 75th Street and State Street on Chicago's South Side Thursday.

The child is expected to be okay after some terrifying moments on the road in the Greater Grand Crossing neighborhood. The child's mother said her son came within an inch of being critically wounded or killed.

A family is counting its blessings after the toddler riding in the back of a white SUV was grazed by a bullet. The back window of the vehicle, which contained a baby stroller, appeared to be shot out.

The baby's mother told ABC7 she was driving west on 75th Street approaching State Street when a bullet pierced the windshield, grazing her son in the forehead. She then pulled into a Walgreen's parking lot.

The child was apparently hit by a stray bullet from the gunfire that erupted at a nearby gas station just off the Dan Ryan. The grounds there were littered with shell cases, and a dark SUV was left riddled with bullet holes.

Police said two men, ages 18 and 28, were critically wounded in the shooting. Both were shot in the chest and either drove or were driven to University of Chicago Medical Center.

The child was inside of a Acura SUV when he suffered a graze wound to the head, a CFD spokesperson told ABC7. He is in stable condition that is not life-threatening. CFD transported the child to Comer Children's Hospital in Hyde Park following the shooting.