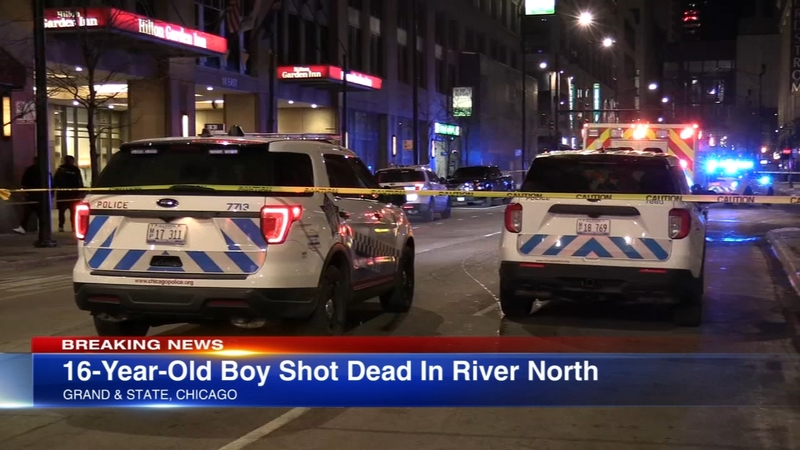 CHICAGO (WLS) -- A 16-year-old boy was killed in a shooting in the River North neighborhood Monday morning, Chicago police said.

Police said the shooting took place in the first block of East Grand Avenue at about 2:03 a.m.

The victim was shot twice in the chest and once in the knee and pronounced dead, police said. The Cook County medical examiner's office identified him as Vadarrion Knight.